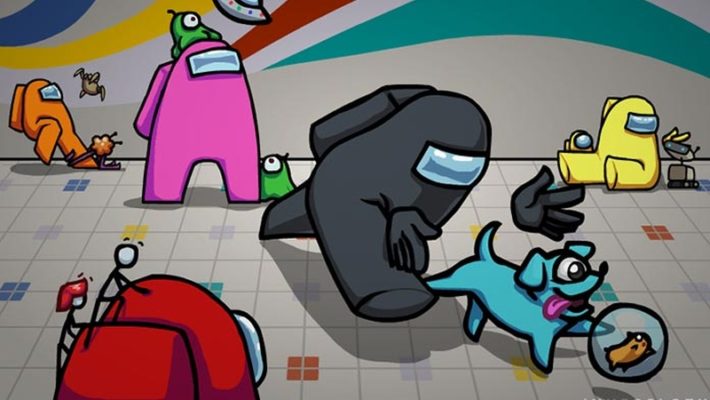 Prepare to learn what it means to call someone “sus” in another language: Among Us could soon receive an official Japanese localization. Developer InnerSloth, reporting from a newly established Twitter presence, announced a number of new developments in the works for the game [Thanks, Famitsu!]:

More languages to come, but that's the focus for now!

First in line is an account system for Among Us, to ease reporting and hopefully stem abuse and hacking, particularly in public games. A Japanese localization was just one of several language options announced. Options besides English were French, German, Spanish (European and Latin American), Italian, Dutch, Russian, Portuguese (Brazilian and European), Korean, Bisaya (aka Cebuano, a Southern Philippine language), and Japanese. More languages are planned, but once implemented the new slate should make it a little easier to join or set up games with people that share your language, a key concern in a game as focused on communication as Among Us.

New languages matter, given Among Us has become one of 2020’s hottest games. Despite being launched originally in June 2018, InnerSloth’s title achieved massive popularity on the back of streaming and social media word-of-mouth. In the game, players are put on a crew and given menial jobs to do to. However, one or more players is secretly assigned the role of “Impostor,” tasked with killing the crewmates and sabotaging the work. The crew can call together meetings to discuss sightings and vote for who they suspect to be an impostor, ejecting the “winner” out an airlock. Thanks in part to free-to-play structure and easy cross-play between mobile and PC, millions of people have tried and enjoyed Among Us, ranging from politicians like United States congressional representative Alexandria Ocasio-Cortez to the Hololive Vtubers.

InnerSloth also teased a look at a new map coming to the game. Among Us currently features three maps, though the first map, involving launching a spaceship, is the most popular. The new map will contain references to Henry Stickmin, a previous game by InnerSloth.

Get all the news, peeks, and fun shenanigans here and become a part of the crew.

Here's a special look at the NEW Among Us map! (For your eyes only!!) (Don't show the impostors!!) pic.twitter.com/FrCkK7ZcnI

Among Us is immediately available on iOS, Android, and PC. It was nominated for the Best Multiplayer Game and Best Mobile Game categories at the 2020 Game Awards.