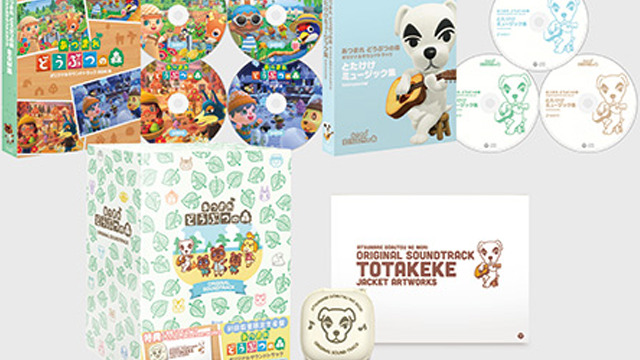 An official release of the Animal Crossing: New Horizons OST has been announced. Two versions will be released, with a limited edition including three discs worth of K.K. Slider songs. The standard edition will come with a total of four CDs, which feature a total of one hundred and seventy-three songs. Each of these songs is a version of music heard during different times of the day. The standard edition will cost ¥4,950 (or roughly $45), while the limited edition will cost ¥11,000 (or $100). Pre-orders are currently open. [Thanks, Famitsu!]

The standard and limited edition of the Animal Crossing: New Horizon OST will also feature a unique track. This includes music heard from a live performance of the opening theme that was broadcast on Twitter in May 2020. The soundtrack will release on June 9, 2021.