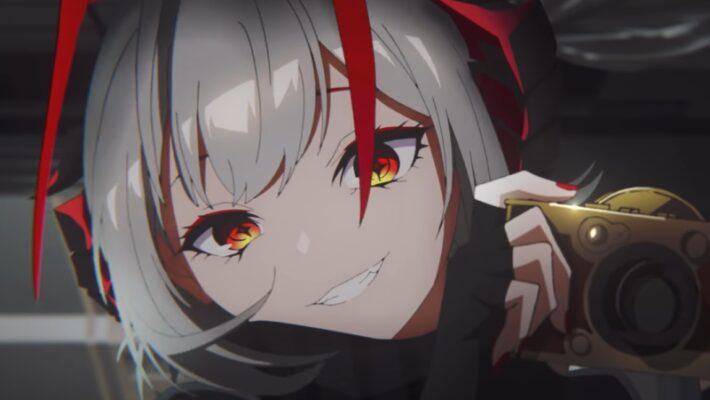 Fresh off a collaboration with the characters of Rainbow Six: Siege, mobile tower defense RPG Arknights is revisiting the past. Players will be able to participate in a rerun of the Arknights Darknights Memoir side story event starting on September 7, 2021.  First run in December 2020,  Darknights Memoir explores the past of the character W, who plays a role as a major antagonist in the early stages of the Arknights main story.

Check out an animated trailer for the Darknights Memoir event produced Yostar Pictures.

W is a Sarkaz mercenary who participated in a civil war in Kazdel, a nation in Arknights‘ world of Terra. Darknights Memoir covers her time in the war, fighting alongside mercenaries in a violent power struggle between Kazdel’s King and its Regent. W’s involvement in the conflict connects her to other main characters in the core Arknights storyline, including Kal’tsit, Amiya, and even the player character, the Doctor.

However, W herself will not appear on a headhunting banner to coincide with the event. W was added as a playable character during the game’s 2021 New Year’s banner, which went live after the conclusion of Darknights Memoir. At this time, no reruns of that banner have been announced. Instead, the Illusions of the Past banner will run, featuring the 6-Star Specialist Operator Phantom.

The Arknights Darknights Memoir rerun will also reward participating players with a free playable Operator, the 5-Star Guard Sideroca. Sideroca is a uniquely self-sufficient Guard character. Her skills are based on self-healing and health regeneration, allowing her to operate outside the range of medics, or to reduce the pressure on their healing output by taking care of herself. She also does Arts damage, making her a good choice against enemies with high physical defense. This puts her in a similar category as other premier Operators, like Surtr.

Arknights is immediately available on iOS and Android. Darknights Memoir will go live on September 7, 2021, and conclude on September 21, 2021.