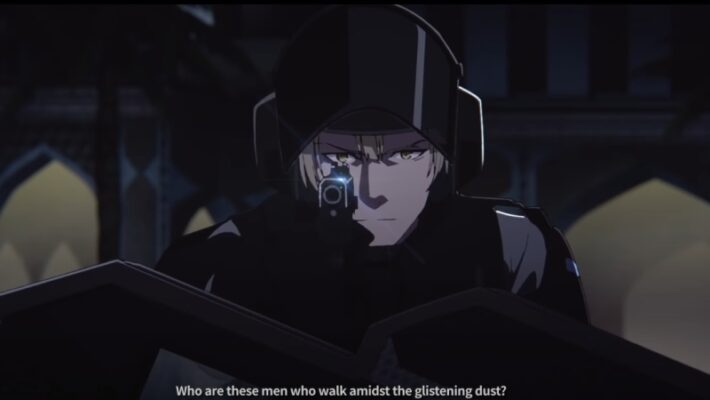 Arknights opened the dimensional barrier and kicked off its “Operation Originium Dust” event, which brings the Operators of Tom Clancy’s Rainbow Six Siege into the fantasy world of Terra. As previously detailed, this event will debut four new playable characters based on characters from Rainbow Six Siege.

With the launch of the event on August 18, 2021, the new Operators (bar Tachanka) will be obtainable from a limited-time premium Headhunting banner. The banner will have special guarantees in place to reduce the number of rolls needed to acquire all the featured characters. For the 5-Star units (Blitz and Frost), acquiring either one during a roll will guarantee that the next 5-Star character acquired will be the other. Ash, the featured 6-Star unit, is guaranteed within 120 total rolls. All participating players will receive a free 10-roll on the banner, as well.

Yostar also uploaded a full trailer for Operation Originium Dust to the official Arknights Youtube channel, showing off characters and gameplay. This trailer also includes voice clips from the Team Rainbow Operators. The Team Rainbow characters are all voiced by their respective Rainbow Six Siege voice actors. Incidentally this makes them the only characters in Arknights to speak English natively, as the game’s regular cast uses Japanese voice actors.

Arriving with Operation Originium Dust is “Multivariate Cooperation,” a simultaneous Arknights cooperative mode for two players. The mode takes place on a two-floor map, with each player managing one floor. Enemies will stream in from the top to the bottom, and players must work together to ensure none get past their combined defenses.

The trailer also previewed optional cosmetic costumes for Operators Tachanka, Ash, Liskarm, and Schwarz. Tachanka’s outfit is called “Lord,” referencing his popularity among Rainbow Six Siege players. Ash’s outfit gives her a helmet with cat ears, to help her blend in with the native population of Terra. Liskarm’s outfit changes her equipment to more closely resemble Rainbow Operator Blitz’s. Schwarz’s costume gives her gear that is more suited to tactical operations than the swimwear she usually dons. A special dormitory furniture set based on Team Rainbow’s offices was also previewed.

Arknights is immediately available on Android and iOS. Operation Originium Dust runs from August 18, 2021 until September 1, 2021.