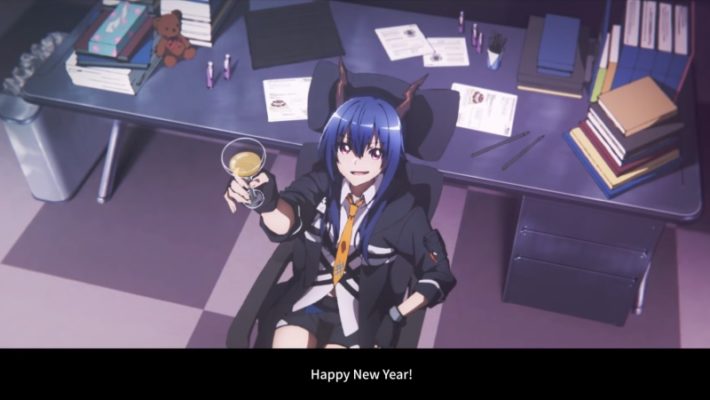 Many people are still rightly celebrating the Christmas holidays, but Yostar is ready for 2020 to be over. It just dropped an Arknights anime special episode celebrating the New Year. Produced by Yostar Pictures, the publisher’s in-house animation studio, the ten-minute special is titled “Holy Knight Light” and recounts a brief story involving the Operators of Arknights. Characters involved include many fan favorites like Lungmen’s Hoshiguma and Madame Ch’en, Amiya, Dobermann, Nearl and Jessica of Rhodes Island (alongside player character “Doctor”), and the Operators of Penguin Logistics, namely Texas, Croissant, Sora, Exusiai, and their boss the penguin hip-hop mogul Emperor.

Check out the Arknights anime:

The Arknights anime video, which was posted to the official Arknights Youtube channel and promoted via the @ArknightsEN Twitter account, features English subtitles and the same Japanese voice cast as in the game proper:

Overall, the Arknights anime was released ahead of Yostar’s celebration of the global release’s 1st anniversary. The release was also accompanied by animated teasers for the upcoming 7th main story chapter. The teasers for the chapter – which is titled “The Birth of Tragedy” – comes in two flavors, one narrated by Amiya, and the other narrated by W, a mercenary that was first introduced working for Reunion, Arknights‘ antagonist faction. W’s past is the subject of the currently ongoing “Darklights Memoir” event.

Here’s the Amiya version (with English subtitles). There may be story spoilers for those who are new to the game:

The W version can be seen on the Youtube channel.

If you’re into the Arknights anime teasers, the game is immediately available on iOS and Android. It will celebrate its first anniversary in early 2021. Check out Siliconera’s guide to getting started with the game.