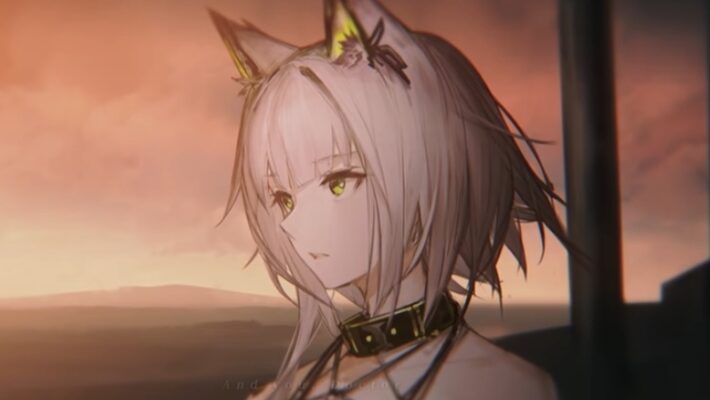 Hypergryph and Yostar announced that Under Tides, the next event coming to Arknights, will bring with it some heavy hitters. Under Tides originally launched in May 2021 on the Chinese server as a second anniversary event.

Skadi joined the Arknights playable cast during Grani and the Knights’ Treasure, the game’s first side story event. Under Tides will introduce a new version of Skadi to the game. Called Skadi the Corrupting Heart, the new character is an “Alternate Operator,” a parallel version of an existing character. Alternate Operators joined Arknights during the Who Is Real event in July 2021.

Yostar uploaded an animated trailer for Under Tides to the official Arknights YouTube channel.

Unlike the standard, melee-focused standard version of Skadi, Skadi the Corrupting Heart (sometimes nicknamed “Red Skadi”) is a 6-Star Supporter-class unit. She’s optimized to heal and enhance surrounding allies. In fact, she cannot normally attack enemies, relying on the rest of the squad to eliminate foes. Skadi is the first playable character to incorporate Live2D animation in her character art, as well.

The Arknights Under Tides event also adds a second 6-Star Operator. Sharing the banner with Skadi the Corrupting Heart is Rhodes Island’s Medical Chief herself, Kal’tsit. Kal’tsit plays a major role in the Arknights main story, as one of the senior members of Rhodes Island leadership. She was also the lead character in early October’s “Walk in the Dust” event.

Kal’tsit is the first 6-Star Medic Operator added to the game since launch. That said, her specialty is in taking the fight to the enemy, with her summoned creature Mon3tr. Notably, during the beta test phase Kal’tsit was actually playable. However, when Arknights launched, Kal’tsit was an NPC, and stayed that way until now.

Arknights is immediately available on mobile platforms. The Under Tides event will go live on October 21, 2021.