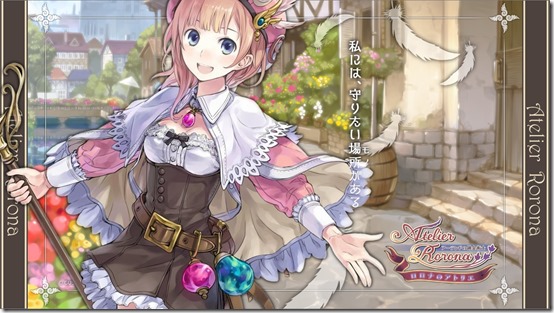 This week’s Dengeki PlayStaton magazine featured an interview with Gust’s director Yoshito Okamura, who hinted that they’ll be releasing a new Atelier game, that may not be related to the Dusk series. In addition, he also says that the Dusk series will continue and won’t end with Atelier Escha & Logy: Alchemists of the Dusk Sky.

Previously, Okamura mentioned that there won’t be a plus version of Atelier Rorona. The other two games in the Arland trilogy got expanded ports for PlayStation Vita and were released as, Atelier Totori Plus and Atelier Meruru Plus. Okamura said that they’d like to make an expansion for it in the future that will show the reason why they saved it for last. According to the Dengeki PlayStation interview, we may be seeing a remake for Atelier Rorona before we see a completely new Atelier series.

“Since becoming part of Tecmo Koei, we now have the grounds to make big titles, while keeping true to Gust’s identity.” says Okamura in the interview. The director also reveals his intention to step down from the development of the Atelier series, with the reason being that when the same person continues developing a title, the game’s content will always be too similar to one another.

Here are some highlights from the interview: