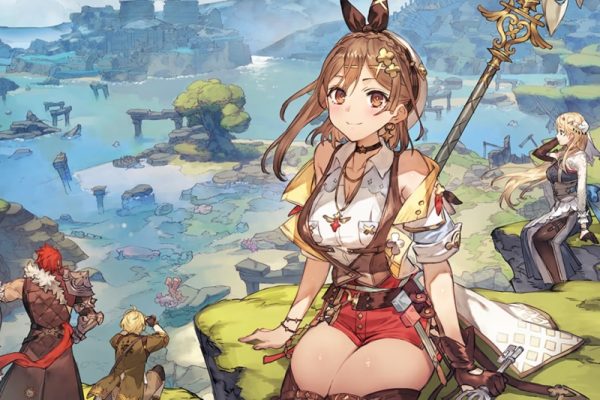 [Update: Corrected a reference to Bos’ role in the series. Apologies to Ryza fans, the first game is still shrink-wrapped on my shelf. -Josh]

The TGS 2022 Koei Tecmo stream brought with it a dose of Atelier Ryza 3: Alchemist of the End & The Secret Key gameplay and new details. Though Ryza 3 was first announced in streams prior, Koei Tecmo’s event had a few more details to share, particularly about some bonuses players can expect when they buy the game next year.

The stream showcased a previously shown 7-minute chunk of gameplay and system explanations. You can check it out at this link, but a new trailer introduced Bos Brunnen, an old friend to Ryza and newly playable in Ryza 3.

Atelier Ryza 3 has the largest playable cast in the trilogy, consisting of eleven selectable companions for Ryza herself. The cast is made up of friends from previous games, in addition to key characters with a role to play in Ryza’s final adventure. This adventure takes place one of the largest game worlds in the Atelier series. Multiple maps are connected together to form large regions with distinct means of traversal. The battle system in Atelier Ryza 3 will also involve “keys” as a major element. Ryza can obtain them from landmarks, battle, and other activities. They can be used like items for everything from battle to exploration to alchemy itself. The gameplay demo showed characters using keys to obtain new power, and even fire them off like projectiles at enemies.

Atelier Ryza 3 will also come with various bonuses for buyers. Pre-orders get the “Summer Look” costume pack, showing the characters in slightly dressed-down looks to suit the hot weather.

The game also supports save import from Atelier Ryza 1 and 2, unlocking costumes and other benefits. Players with save data from Atelier Sophie 2 will also unlock a costume to have Ryza cosplay as Sophie.

Finally, a physical Premium Box release will include an art book, Acrylic charm, clear files, and B2-size cloth poster, as well as a code for early access to the “Marine Look of Kurken Shore” costume.