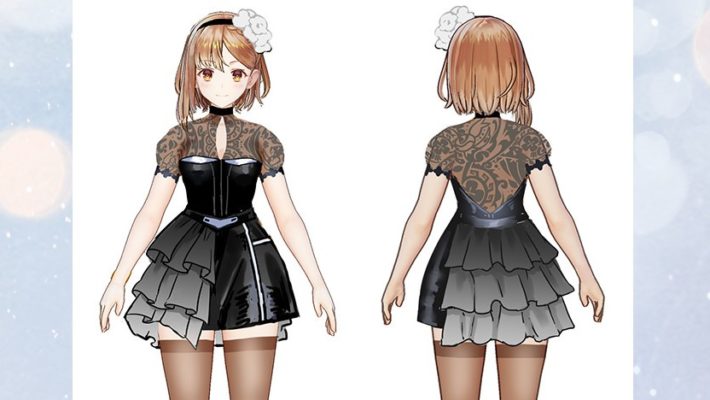 Here’s a closer look at both outfits. Each one has lace on the top and frills along the bottom. The White Lily of Summer in Atelier Ryza is a white dress and will be available in the Switch, PS4, and PC versions of the game. High Summer Formal, the Atelier Ryza 2 free DLC outfit, is the same dress only black. It will be available for the Switch, PS4, PS5, and PC versions of the game.

As a reminder, Atelier Ryza had a 500,000 total digital sales and shipment update back in August 2020. Atelier Ryza 2 passed 150,000 copies sold in its first week. As for a third entry, Producer Junzo Hosoi told Siliconera it “depends on everyone’s support.”