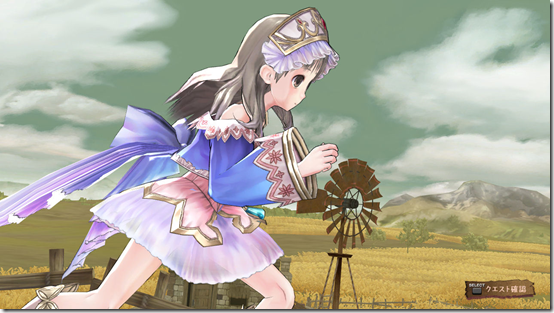 So, for those who didn’t get the chance to watch our livestream, or can’t spare the bandwidth or the time to rewatch over 70 hours and counting of Atelier Totori: The Alchemist of Arland 2 movies, all done in the space of a week, what is it that brings me to keep playing a game about a young alchemist who wants to find her mother?

Where do we start, apart from the cast themselves, for the introduction?

There’s no pressing need to save the world… which is the first thing that struck me as I watched the introduction anime sequence. The characters are there, and they’re doing things which seem part of their day to day lives. Totori is practising alchemy, and accidentally blowing up her atelier, Gino doing some shopping, Mark tinkering with toys, and of course, Rorona and Sterk doing what they both do best. There’s no sense of urgency, no sense of the world coming to its impending doom. Death isn’t a driving force, neither is any sort of force, either in the direction you must take, or in how you must take it. In Atelier Totori, you decide how best to get to the destination you like.

The tutorial will guide you through the basics of the game, which include gathering items, beating up monsters and synthesizing, but once the tutorial ends, you’re let off your training wheels and off to explore the world.  It seems somewhat overwhelming to be suddenly told ‘Well, that’s the basics, now see you later’ in most situations, but surprisingly, once Atelier Totori starts proper, I just found myself thinking ‘So now, what do I want to do today?’ just like Totori will ask herself so often. 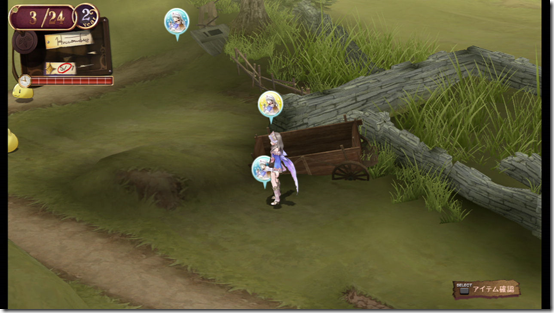 If I wanted Totori to make some powerful explosive, which I did, I’d want to find a good place to gather materials and make it. To harvest good materials, I needed to access said materials by being high enough rank, and once so, being able to survive the monsters that prowl the distance between here and there. For me to be high enough rank, I needed to earn points to rank up at the adventurer’s guild, which means doing jobs for various people. Leaving town means gaining experience to fight better, finding materials to craft better weapons and items to help me on the field. It’s like a great circle of life, where one thing will simply lead to another. Pick a path, and who knows where you’ll end up?

This design also made decisions feel very natural. Once you figure out what you wanted to do, you could pick your path and do what you think was necessary to get there. When I wasn’t sure what to do next, there was always something I could do, even if it was to take a walk with a very big explosive down puni alley just to watch slimes blow up. 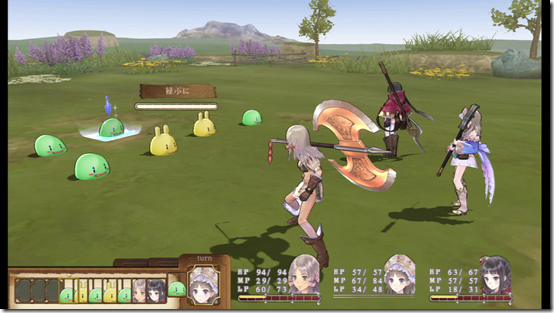 But as with all life, you’ll fall and stumble along the way, and this is where the charm of Atelier Totori lies. You’ll be rewarded for doing all sorts of things: making an item for the first time, beating up a certain type of monster a set number of times, completing so many requests, or even having a synthesis blow up in your face or running away from monsters often enough.  Atelier Totori rewards you for trying things on a whim, exploring, and just having fun. You don’t know what’s around that corner? Go take a look. See that big dragon parked over there? Give it a shot, if you dare. Failure’s an option, and it doesn’t hurt that much, it’s like, well, alchemy. Put shiny stuff together and see what happens. It’s a mini achievement system, and quite a few of them will grant bonuses like hit point or attack bonuses, which means it’s actually worth your time in game to try your best to achieve them. I wasn’t sure why, but the fact Atelier Totori actually gave me a small reward when a synthesis blew up in my face three times with a hit point bonus was funny, and somehow quite apt. Depending when you fail, you may even see a cutscene of what happens when you fail too. Ceste la vie, Totori?

During your travels, you’ll also find the world will around you also moves. You’ll run across other characters in Atelier Totori who are just living their lives too. The artwork in this regard shines, because Totori and everyone she interacts with are beautifully detailed and very expressive. Even if your Japanese isn’t very good, the amount of emotion and information they’ll provide visually can usually give you a good idea about the sort of person they are and what they want. Atelier Totori has no dead moments, since the voice acting and the music seal the deal. Each scene has its score picked perfectly, and hearing certain themes set the mood. The voice acting is melodramatic and stereotypical at times, but it fits the cast so well, because it emphasizes they’re actual people, as opposed to plot devices or just a boring NPC. 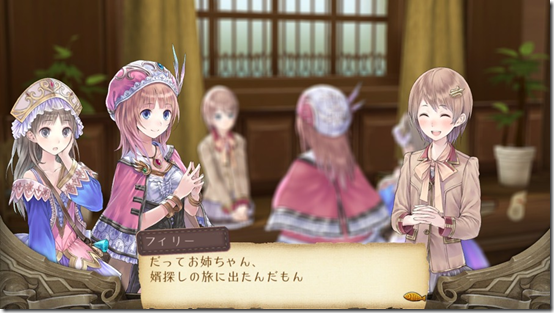 Totori is just a shy girl with a quiet determination. Rorona’s still as ditzy as ever with some strange habits and doting adoration for her student, and Sterk is still his calm self. Mark’s everything you’d expect out of a mad scientist, although he really does know what he’s doing (honest!). Gino’s the sort of kid you’d sometimes want to pull by the ear and go ‘Oi, don’t go charging at that dragon’, and Mimi’s a small girl with a big blade, and a bigger chip on her shoulder… who struggles to express what she really means. Anyone who’s anyone within the world of Arland has a presence, and they matter. They live, with their own lives, and virtually every line of text is voiced which emphasizes the fact they’re somehow alive. They’ll have moments with Totori, as well as each other, and it’s not like every moment is a stoic one.

A lot of them are really light, and it’s refreshing to laugh in a game so much. The world doesn’t need to be saved unless you want to gallivant out there, so it’s nice to get glimpses in the characters’ lives in the meantime. Watching Mark turn the carriage into what we dubbed the rocket coach is worth a giggle, finding out that Haggel still has the absurdly ridiculous afro hat from Rorona’s days as a student is a shocker, and watching Rorona do some stalking behind a barrel when Totori and Sterk meet up to head out of town without her is just adorable, if somewhat disturbing, but the moment’s just there. I wouldn’t worry though, because it’s just as disturbingly amusing when we find out that Sterk has his pigeon spy network working for him, although I couldn’t help wonder to myself, just like Totori asks at one point, when the heck did Sterk learn to speak pigeon, and more importantly, since when did pigeons have the manners to knock on the door before entering a house? 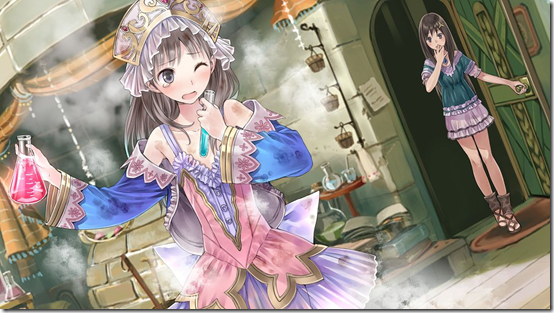 The fact they’ll get drunk with each other, get angry, be overjoyed, disappointed, upset and dumbfounded means that they’re people. I can’t see them as NPCs, as opposed to real people, living in the world of Arland.

I could reach out and grab a Chimu cause they’re so cute before telling it to make me some pie, or pat Cudelia on the head, call her short then run faster than she can rip off my arm. Filly is the sort of girl who just needs a hug because she’s following in her big sister’s footsteps and struggling a bit, and I know never, ever, ever to go drinking with Tifana. And each time, I can go through Atelier Totori, try something a little different, and perhaps some things will unfold differently. I might learn that charging a gryphon without some sort of item may be a bad idea, adventuring with someone else more may show a new perspective, or I might find myself wandering down paths I didn’t think of earlier and find out something I didn’t know the first time.

Atelier Totori is another look at the world of Arland and expanded it beyond Rorona, its prequel, and provided a fresh new prespective, from a new character. Given how much life Arland has, the world offers enough motivation to try and find the myriad of different endings, depending what you, the player, wants to do, and when you do it. The ‘new game + system means you can start anew with some bonuses, as you try doing things a little differently the next time around. As as a true sequel, and just like Atelier Rorona, each time you play Atelier Totori, trying something different may lead you to a different place, just like real life, really.

Now if you’ll excuse me, I’m going to see what happens when you put these two fire stones together with some neutraliser and a fuse…