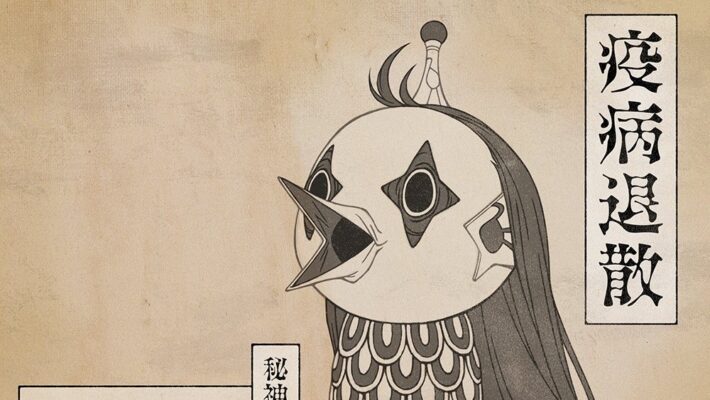 The official Japanese Atlus Twitter account shared a drawing of the youkai Amabie, drawn by Shin Megami Tensei V character designer Masayuki Doi. The strange creature isn’t a new character for the upcoming Nintendo Switch title, but rather a way to pray for an end to the COVID-19 pandemic.

The youkai Amabie originally appeared during the Edo period and was said to ward off plagues and disease. This image was drawn by SMT V character designer Masayuki Doi. May everyone’s lives return to normal soon.

Amabie was first documented in 1846 and is portrayed in original woodblock prints as a mermaid-like being with scales, long hair, fin-like legs and a beak. According to legend, a man approached the creature and was told that a pandemic would soon ravage Japan. In order to keep this from happening, the man would need to draw a picture of the Amabie and share it with as many people as possible.

In March 2020, the hashtag #AMABIEchallenge appeared on social media, bringing the legend back to the mainstream. Face masks and hand sanitizers with the youkai’s likeness printed on them have also been popular throughout Japan.

Shin Megami Tensei V will be released for the Nintendo Switch on November 11, 2021 in Japan and on November 12, 2021 worldwide.