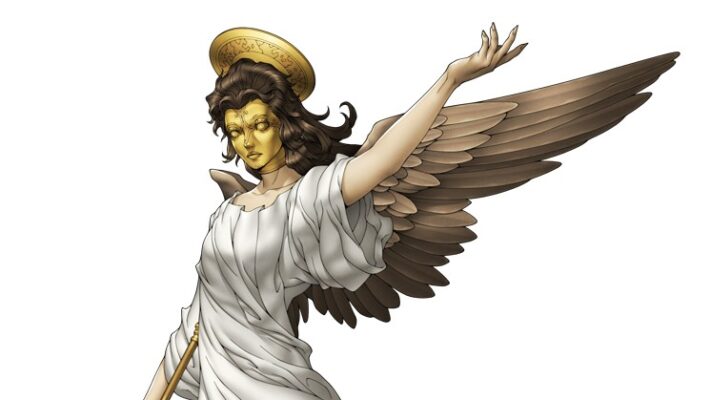 There’s another bit of insight into Shin Megami Tensei V character designs from Masayuki Doi. The previous two statements discussed new characters Amanozako and Fionn mac Cumhaill. However, the latest one on Twitter explains why the SMT V Angel returned to its roots. The idea was to appear more “angelic” to fit with the game’s themes.

Specifically, Doi pointed to the conflicts between lawful and chaotic factions in SMT V, a common theme, and how the Angel’s new look connects to that. The gaal was to provide a more striking dynamic between the two.

Today, I’m introducing Angel. While they’re a staple in the SMT universe, we’ve decided to update the character design this time around to better fit the role they play within the story of the game.

I’m sure those who have watched our trailers have already started to catch on, but in this game, there are many scenes in which the lawful and chaotic factions directly clash with one another. As such, it was vital that Angel appeared more angelic to juxtapose demons like Daemon—the chaos faction’s foot soldiers—during various cutscenes, like those depicting moments of battle, when they’ve lost, and when they’re in attack formation. We decided to create an all-new design for these reasons, drawing inspiration from various religious paintings that capture what angels have been generally regarded to look like.

In terms of design, we incorporated traditional themes and motifs commonly seen in religious paintings, such as the smooth, white garments, wings, and the disc, or halo, amove the head. Perhaps the most distinct characteristic is the face, which we designed to look like a mask in order to convey how Angel is almost like a mechanical puppet, loyal to God.