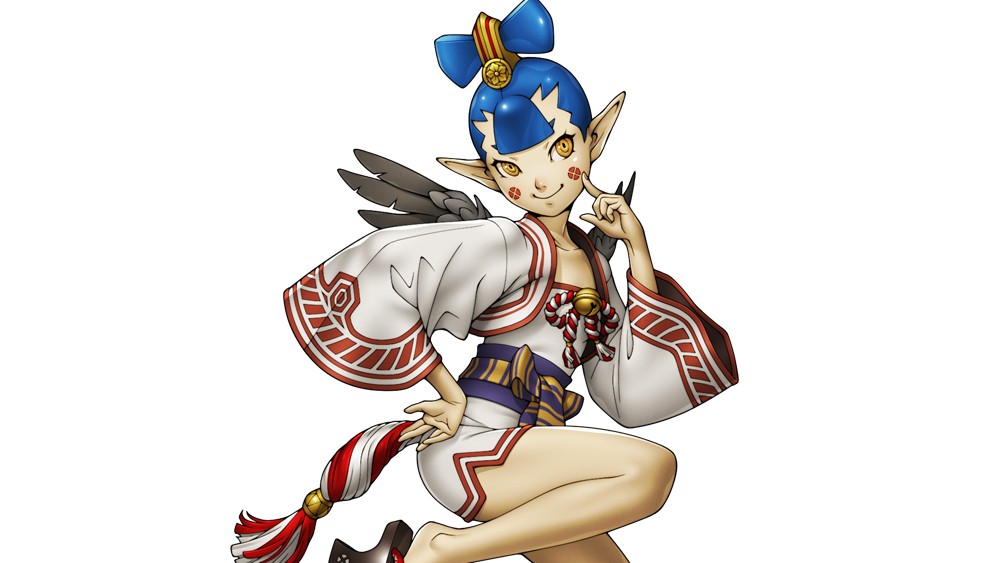 There are a number of new demons showing up in Shin Megami Tensei V, and one of the first revealed was Amanozako. Now, to help offer more insight, Atlus shared a statement from Character Designer Masayuki Doi discussing her. To be specific, the idea was to make someone who could be as “memorable” as a character like Pixie from SMT III Nocturne. As such, it went over how to get the design and personality right.

Doi specifically noted that the SMT V version of Amanozako is loosely based on the myths surrounding her and the desire to make her “charming” and “lovable.” He also referred to her as a “‘Japanese-style’ Pixie.”

Although she was one of the first demons we revealed to you, interestingly, she was actually the very last one we designed. Amanozako is a goddess said to have been born from the famed Japanese warrior Susano-o’s tempestuous spirit. Some say she’s the ancestor of the Japanese Tengu and Amanojaku, but the legitimacy behind these sources is debated. Some also consider her to be the goddess of creation, born during the Edo period.

Amanozako was a demon we were able to loosely design based on these legends. However, for this game, we also wanted her to be a memorable character that people would grow to become attached to, similar to the Pixie you meet early on in SMT 3. In a way, her appearance can almost be described as a “Japanese-style” Pixie.

In terms of design, we brought in elements of Tengu, with her small wings and tall Geta-sandals, as well as elements of a goddess, with an outfit incorporating colors and patterning reminiscent of ancient Japanese civilizations. Since Amanozako was born from Susano-o, we also wanted to give her the feeling of being artificially created. (There’s actually a bit more to this, but we’ll keep it a secret for now.) We also played around with her hairstyle a bit, making it seem more like a helmet rather than human hair.

In the earlier stages, she actually wasn’t as cute as she is now. Her skin tone was more orange, to make her feel closer to a Tengu or Amanojaku. But after thinking about her, and considering her slightly pesky but endearing personality, we ultimately decided to go with her current, more lovable look. (And I definitely think that was the right call.)

Overall, we feel we were able to make her into a genuinely memorable demon through her expressive mannerisms, her adorable-but-aggressive demeanor, and her unique dialogue. Through the game, we hope you can get a feel for how charming Amanozako truly is.