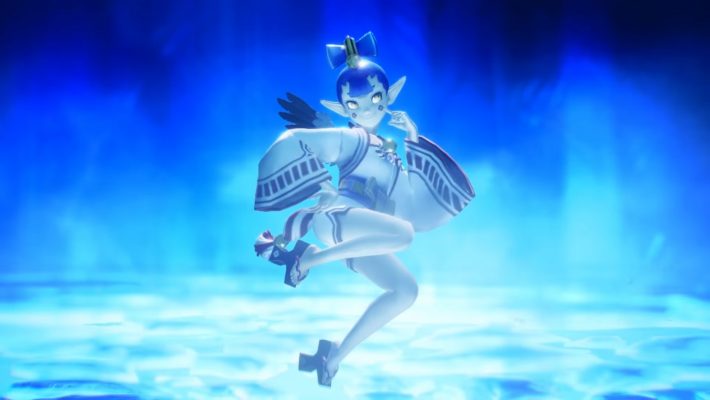 In Shin Megami Tensei V, people will meet a mix of old and new demons. All together, they’ll add up to around 200 characters. To help show them off, Atlus started a video series in Japan with brief peeks at each one. The June 18, 2021 one introduces the new SMT V demon Amanozako.

Amanozako belongs to the Genma race in Shin Megami Tensei. This means this character is a part of the same “family” as demons like Cu Chulainn, Hanuman, Kurama Tengu, and Tam Lin. This demon is also quite small, compared to the avatar, and has tengu-like geta and wings.

The trailer also confirms another returning demon will appear. When it gets to the portion showing Amanozako in battle, the character faces Koumokuten, one of the Four Heavenly Kings. Koumokuten is a Kishin and looks to have the same appearance as he did in Persona 5.

As a reminder, Atlus kicked off this series with its mascot character. The first video looked at Jack Frost. Though, just like this trailer, it confirmed another appearance during its battle segment. That’s because the latter half showed Jack Frost fighting Berith.