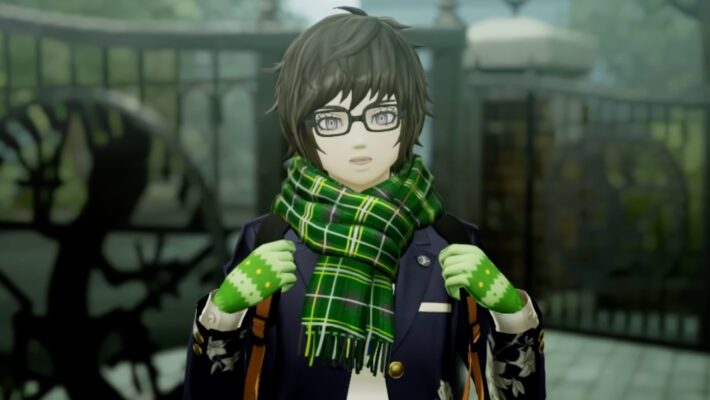 It turns out the Nahobino isn’t the only person from Tokyo brought into another world in Shin Megami Tensei V. Some of his classmates ended up in Da’at as well. In a new SMT V special broadcast, Atlus introduced Ichiro Dazai, Miyazu and Yuzuru Atsuta, and Tao Isonokami. While the video is in Japanese, there are English captions introducing everyone.

All four of these characters also attend Jouin High School. Tao is a bit prepared for things to come, as she noted she has “spiritual powers.” She dreamed something was coming before it happened. She’s a third-year student and plays lacrosse. She works with Bethel.

Ichiro is another one of the players’ friends from school. He’s a cheerful livestreamer, though he considers himself “borderline useless at school.” He joins Bethel in the name of becoming a hero.

The final classmate to be introduced in this SMT V video is Miyazu. She’s an underclassman who comes across as a bit shy. She cares greatly about her brother and seems to want to help him as much as he helps her.

The video also looks at the head of Bethel in Japan, Hayao Koshimizu. He’s described as calm and the person who gives the Nahobino and his classmates the ability to summon and fight alongside demons.

Here’s the full SMTV News Special Broadcast Vol. 1, which introduces Ichiro Dazai, Miyazu and Yuzuru Atsuta, and Tao Isonokami. The second half of the video talks about battle mechanics.