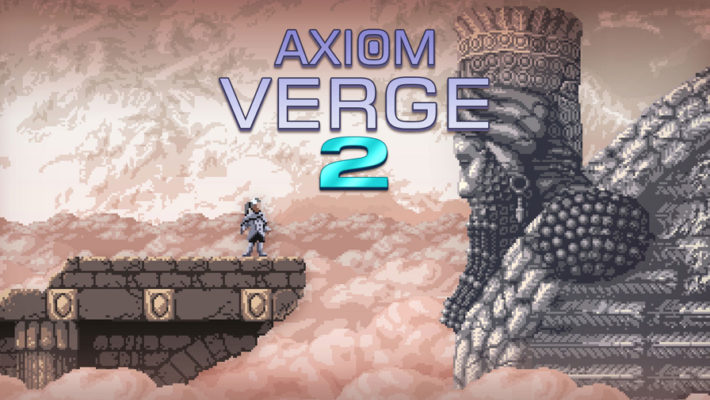 In a candid update, Thomas Happ Games announced the Axiom Verge 2 release date will move from Fall 2020 to the first half of 2021. The game was originally revealed during Nintendo’s 2019 Indie World presentation.

In his detailed and sincere blog post, Thomas Happ cited the many difficulties 2020 has brought us as one of the key reasons for the delay. The creator also explained that the enemies in Axiom Verge 2 are “much more sophisticated than those in the original.” Enemies will now scan the environment for the player and hunt them down. Furthermore, the art style for the sequel is more complex than the first game. Happ provided side-by-side comparisons to show the differences between the two titles.

The game’s business and marketing lead, Dan Adelman (ex-Nintendo and ex-Xbox), announced the news on his Twitter account, as well.

tl;dr – We were hoping to release it this year, but it will have to be next year.

Axiom Verge 2 is an indie-developed Metroidvania set in a sci-fi world. The creator, Thomas Happ, revealed that the sequel had been in development less than a year after the release of the original Axiom Verge. Though the first game was very well-received, Happ says the sequel will push the boundaries of the genre. Nintendo fans can only hope that the extra time will give Nintendo another chance to add in that Samus Aran cameo it turned down on the first game.

Axiom Verge 2 will now release on the Nintendo Switch in the first half of 2021.