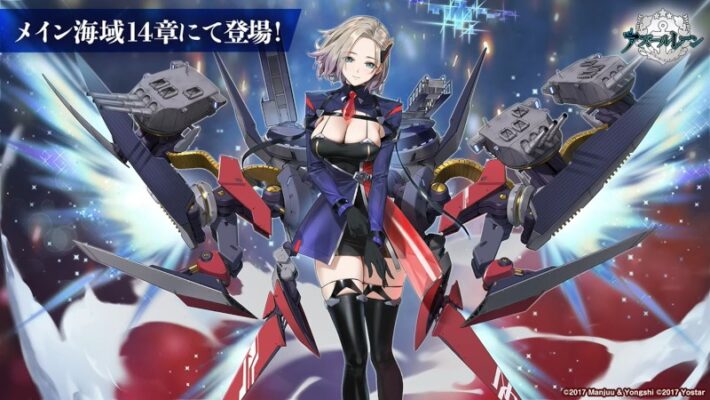 Yostar Japan has just confirmed CA-32 USS New Orleans as the new shipgirl featured in Chapter 14 of Azur Lane. Players will be able to obtain her through a rare drop from one of the chapter’s stages. She will have a Super Rare rarity grade.

Yostar previously revealed the shipgirl design at the Japanese 4th Anniversary stream in September 2021. At that time, however, it did not divulge her identity. The Japanese official Twitter account, however, just confirmed the shipgirl as the lead ship of the New Orleans-class heavy cruisers.

With the inclusion of USS New Orleans, Azur Lane will have featured six out of seven ships in the New Orleans class. USS Astoria, Quincy, and Vincennes appeared first in the “Moonlit Overture” event story depicting their historical sinking at the Battle of Savo Island.

CA-36 USS Minneapolis joined the roster through the global run of “Fallen Wings” in October 2018. CA-38 USS San Francisco appeared recently in the “Mirror Involution” event held in May 2021. As of this writing, CA-37 USS Tuscaloosa is the only ship in the class yet to be represented in this game.

Azur Lane is immediately available on Android and iOS mobile devices worldwide. Manjuu, Yongshi, and Yostar will add Chapter 14 to the main campaign of Azur Lane in the upcoming update.