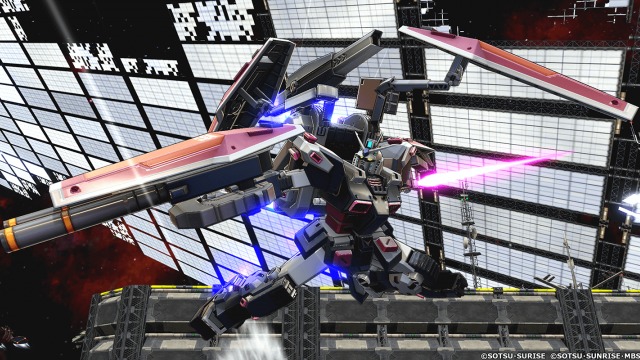 Bandai Namco revealed that it is currently working on a new Gundam-themed esports video game. The company group made the announcement at the inaugural Gundam Conference held on June 15, 2021. [Thanks, Hobby Watch!]

One of the slides presented at the conference showed Bandai Namco’s strategy in getting Gundam into the esports scene. It listed currently ongoing games with competitive features, such as Battle Operation 2, Extreme Vs Maxiboost ON, and Gundam Breaker Mobile (known outside Japan as Gundam Battle: Gunpla Warfare). One of the titles listed, Gundam Extreme Vs Maxiboost ON, has even made its way into the Evo 2021 side tournaments.

In addition to another esports tournament, Bandai Namco also added “New game coming soon” on the slide. The company group has confirmed that it is working on another Gundam game aimed towards the esports audience.

The presentation generally showed Bandai Namco’s intention to increase sales and visibility of the Gundam franchise globally outside Japan. Other than games, the group also revealed ongoing plans on other media, such as the life-sized Gundam statues, the new Gundam SEED projects, and the cooperation with Netflix to bring in the upcoming live-action and anime movies, including Mobile Suit Gundam Hathaway.

In the conference, Bandai Namco also revealed Gundam Universal Century Development Action and Gundam Open Innovation. These are initiatives made to gather ideas based on the Universal Century’s science fiction technology that can be applied to the real world in the future.