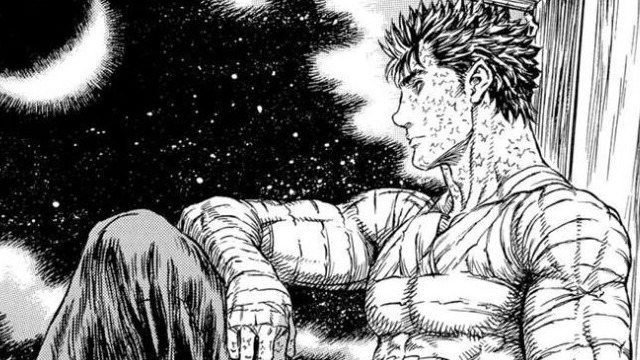 Both the special edition and normal edition are currently available to pre-order through Amazon Japan. As mentioned previously, the special edition will come with a unique canvas artwork. This artwork features series protagonist Guts. The piece will be 23.9cm x 18.7cm, or the standard B5 size.

Additionally, the drama CD will feature voice actors from the various animated adaptation of the series. This includes Hiroaki Iwanaga (Guts) and Yuko Miyamura (Casca). “Forces II” by Susumu Hirasawa will also be included on the drama CD.

In May 2021, it was announced that Kentaro Miura, creator of the Berserk manga series, had died. Young Animal released a statement, disclosing the details and shared a message from the editorial team, which paid tribute to Miura.

Berserk Volume 41 will release in Japan on December 24, 2021. There is currently no word regarding when an English release will arrive.