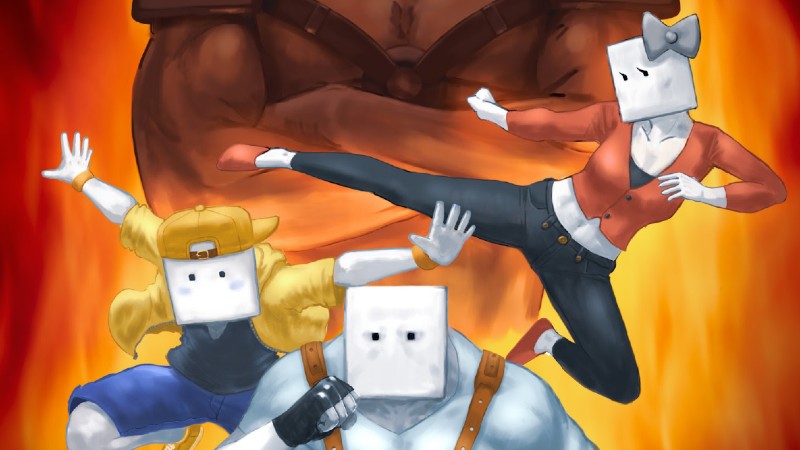 HAL Laboratory might be known for its award-winning, cartoon characters, many of whom win fans over in no time, but it seems the company will be shifting to more realistic characters from now on. This comes with its “ newly announced game” BoxBoy: Final Box and the Real Kame Sanpo update.

Qbby has gone through an intense training process and has returned with an upgraded, macho body. Qbby’s friends have all returned alongside him and are ready to beat up some thugs. Perhaps he’ll be able to use some new moves in this new body!

The developers of Kame Sanpo are currently working hard on developing the next update for the app, which takes a game about walking in real-life to the next level with realistic graphics. They’ve shown off a few in-development screenshots for April Fools’ Day.

Have fun race-walking against a shark tortoise!

Putting the jokes aside for a moment, HAL Laboratory has always had some pretty funny April Fools’ jokes. For example, in 2019 Kirby and Qbby switched shapes, down to altered versions of game covers.

Update: Final Box! has been animated: