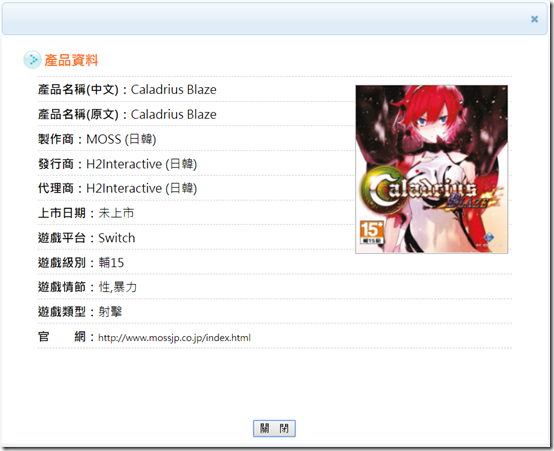 It seems that Moss’ shmup Caladrius Blaze is coming to the Nintendo Switch, as Siliconera has found a rating for the game in the Taiwanese ratings boards. The game has been given a rating of 15+ in Taiwan.

While the game has not been officially announced, we may be seeing the announcement in the near future.

Caladrius was originally made by staff including director Jin Hoshino, who previously worked on the Raiden series. The game features artwork by Suzuhito Yasuda, and originally came out on Xbox 360, before adding new content for its PS3, and eventual PS4 and PC release as Caladrius Blaze.