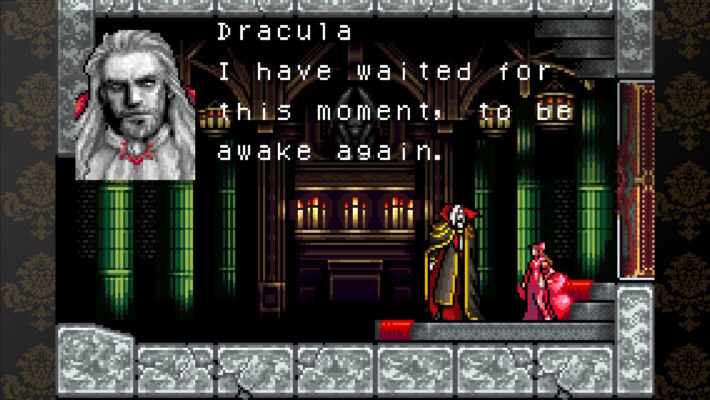 Castlevania Advance Collection, a surprise release in the September 2021 Nintendo Direct, brings back a bundle of games that a lot of players revere. Is the collection for you? Let’s dig into it and help you figure that out for yourself!

Though… you probably should. It’s very good.

As you’d expect from the name, Castlevania Advance Collection includes the three Game Boy Advance installments in the franchise. That’s Circle of the Moon, Harmony of Dissonance, and Aria of Sorrow. As you may not expect, it also includes SNES release Castlevania: Dracula X.

The three GBA games are quite well-regarded, and with good reason. The games add a lot of depth and customization to the Castlevania formula, and they do so with the pedigree and sensibilities of Symphony of the Night. A big reason that there was so much interest in Koji Igarashi’s Bloodstained was the respect for his work on these games.

And Dracula X? It’s fine, we guess. But the reason here is simple: it wasn’t in Castlevania Anniversary Collection, and people noticed. Rather than patch it into the old game with its 8-bit and 16-bit peers, it’s here to add value to this smaller pack. 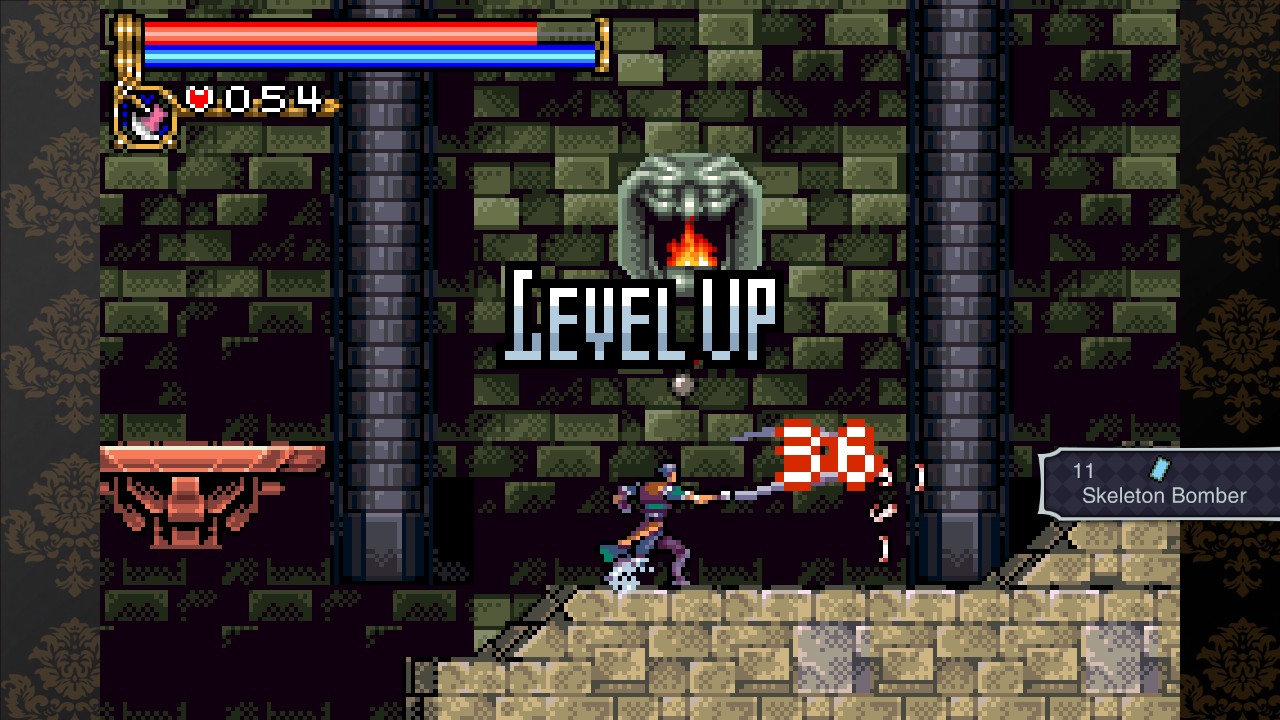 What extras are included? How are they?

Look, if you ever have the opportunity to get M2 to work on your emulation project, jump at it. The base set of features is here. That includes rewind, save states, and some helpful display options. But that’s just the start!

You can switch between all three regional versions of the games, though they’re treated totally separately for saves and such. You can enjoy all the soundtracks with a music player or look through concept art and manuals in the gallery. And hey, if you want, you can even save replays.

Our favorite additions in Castlevania Advance Collection, though, are the “gadgets” M2 has built. They’re helpful in tracking some of the games’ more grind-heavy aspects, like Aria’s souls and Circle’s cards. These gadgets keep track of what you’ve collected and need to collect, with handy pop-ups letting you know as you encounter monsters. You can turn them off, if you want! But we like them. 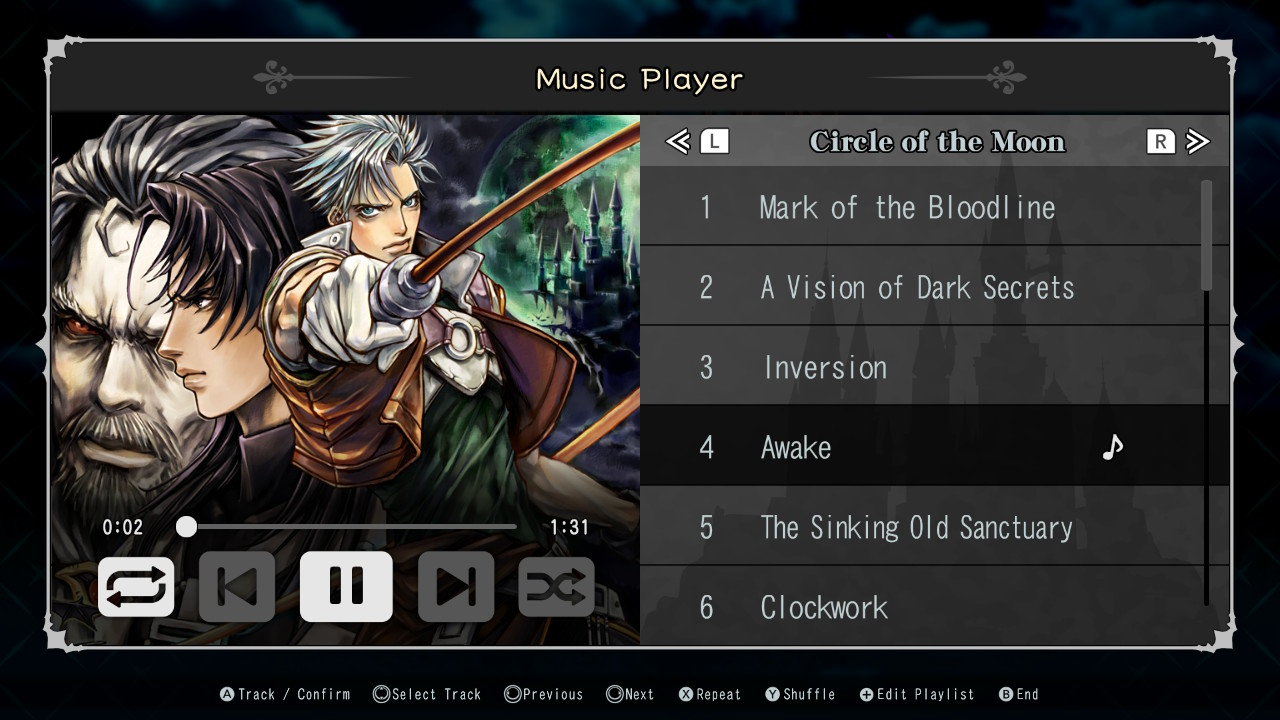 How do the games hold up?

Quite well! It may take a bit to adjust to some elements. The screen real estate means you’re zoomed in a little more than in console games. The visuals make a much better impression on a smaller screen, so Castlevania Advance Collection is best on a handheld Switch if you have the option. (Or a Steam Deck, when that drops.) But generally? GBA games’ aspect ratios feel nice on modern displays, and the colorful environments really shine on screens with proper illumination.

The added buttons on modern controllers really help. These GBA games often used Select and Start for vital functions. Mapping these to buttons easier to press streamlines things a bit. It’s not quite as good as if the scheme were properly designed for this, of course! But it’s something.

While the pixel art is largely unassailable, there is of course the side effect of GBA audio. It’s crunchy and compressed, especially in the more ambitious of the collection’s tracks. It’s nostalgic, in its way. But you’ll notice it.

Dracula X doesn’t hold up quite as well, as you’d imagine. Its omission from the first collection likely wasn’t a complete accident, as it’s largely seen as a lesser adaptation of Rondo of Blood. Still, it’s very much a Castlevania game! There are some who want it for completion’s sake. Others enjoy its quirks, or just want more classic-style Castlevania wherever they can find it. And it’s here for them, which is great. 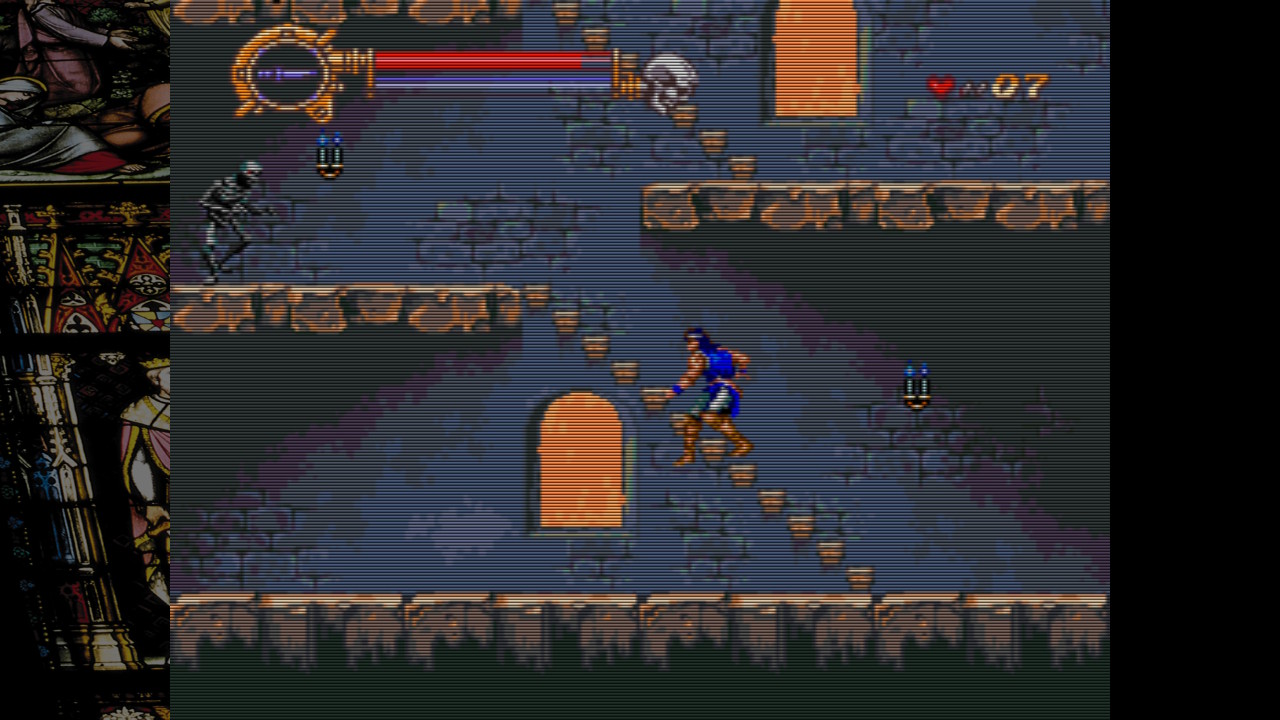 Castlevania Advance Collection is available now on Nintendo Switch, PlayStation 4, Xbox One and PC. The franchise’s earlier titles are also available, bundled in Castlevania Anniversary Collection on the same platforms.