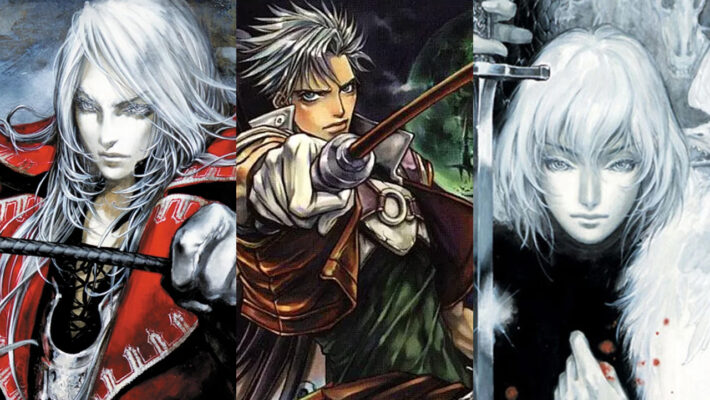 Castlevania Advance Collection includes three Koji Igarashi-led GBA games. Castlevania: Circle of the Moon was a 2001 launch game for the handheld. The second game, Castlevania: Harmony of Dissonance, followed in 2002 with elements more like PS1 release Symphony of the Night. The third game, Castlevania: Aria of Sorrow, starring Soma Cruz (most recently seen in Super Bomberman R Online), received a Nintendo DS sequel. That game, Dawn of Sorrow, isn’t a part of this pack.

View the trailer for Castlevania Advance Collection below.

Castlevania: Dracula X, a reworking of the ideas of Castlevania: Rondo of Blood, is the fourth included title. Though not a Game Boy Advance release, the SNES game appears here after its absence from Anniversary Collection. All four titles will also include rewind functionality.

The announcement was part of the September 23, 2021 Nintendo Direct presentation. In June 2021, a rating for the game appeared in Australia. It’s since been rated in other countries. This is, however, the first official announcement of the title.