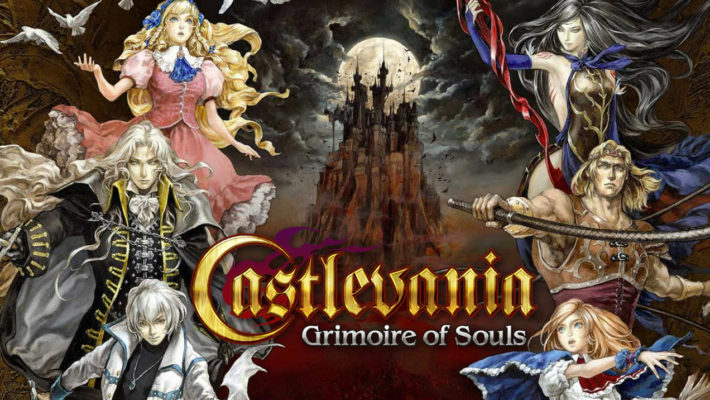 The most recent Castlevania game is drawing to a close. Konami has announced that  Castlevania: Grimoire of Souls will shut down on September 9, 2020. This means it was only available for about one year after its official September 2019 launch.

Castlevania: Grimoire of Souls was first announced back in April 2018 and felt a bit like a mobile take on Castlevania: Harmony of Despair, the multiplayer game where up to six people would all go through a castle at once with multiple icons from the series. The gimmick is that Genya Arikado would be entering Grimoires that dealt with the series’ past events. Multiple people could play at once to complete challenges.

The game resurfaced multiple times in 2019, and there was even a closed beta in Japan in 2018. Now that the September 9, 2020 Castlevania: Grimoire of Souls shut down has been announced, people can’t spend real money on gems.

In case you somehow missed out on seeing and playing it, here’s a trailer going over its gameplay and looking at some of the different characters from the ages that appeared. After the one minute mark, you can even see what the multiplayer portions looked like.

Castlevania: Grimoire of Souls is available for Android and Apple iOS devices until September 9, 2020.