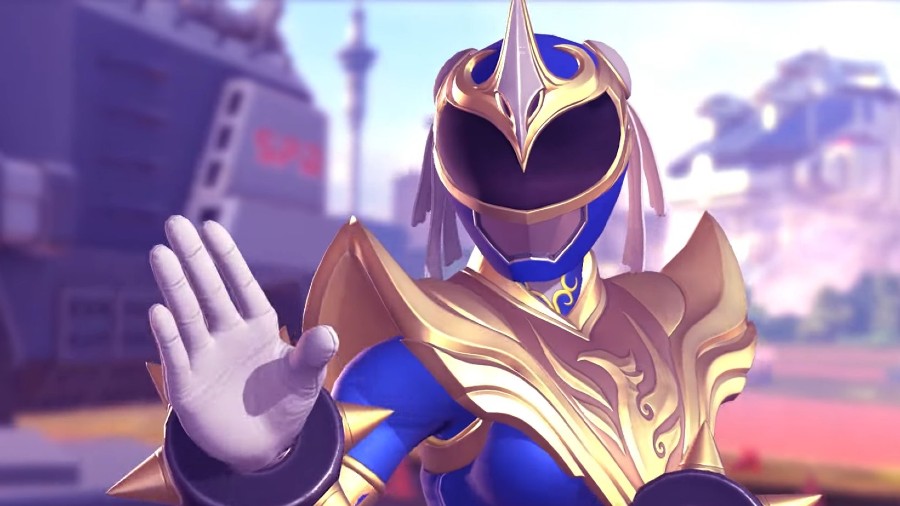 The Street Fighter Chun-Li Ranger and Ryu Ranger will show up in Power Rangers: Battle for the Grid. nWay announced that on May 25, 2021, people can buy the add-ons that bring Crimson Hawk Ranger (Ryu) and Blue Phoenix Ranger (Chun-Li) to the game. The Power Rangers BFTG Super Edition will also launch that same day and include all DLC and four bonus skins. [Thanks, IGN!]

The Street Fighter Rangers first appear in Power Rangers: Legacy Wars. The Ryu Ranger showed up first in 2018, followed by Chun-Li in 2019. In September 2020, nWay asked on Twitter if people would want to see both in Power Rangers BFTG.

As for prices, nWay didn’t confirm the Power Rangers BFTG Super Edition cost, but did bring up the Chun-Li Ranger and Ryu Ranger prices. Both characters could be bought alone for $5.99. People can also get the two bundled together with some unrevealed skins for $12.50.

A first trailer shows exactly how Crimson Hawk Ranger and Blue Phoenix Ranger look in the game and how Street Fighter moves will be preserved in the game. The focus is primarily on Ryu, as we see him fight multiple enemies. However, Chun-Li makes appearance after the 1:20 mark.

Power Rangers: Battle for the Grid is available for the Nintendo Switch, PlayStation 4, Xbox One, PC, and Google Stadia. The Super Edition and Street Fighter Rangers DLC will appear on May 25, 2021.