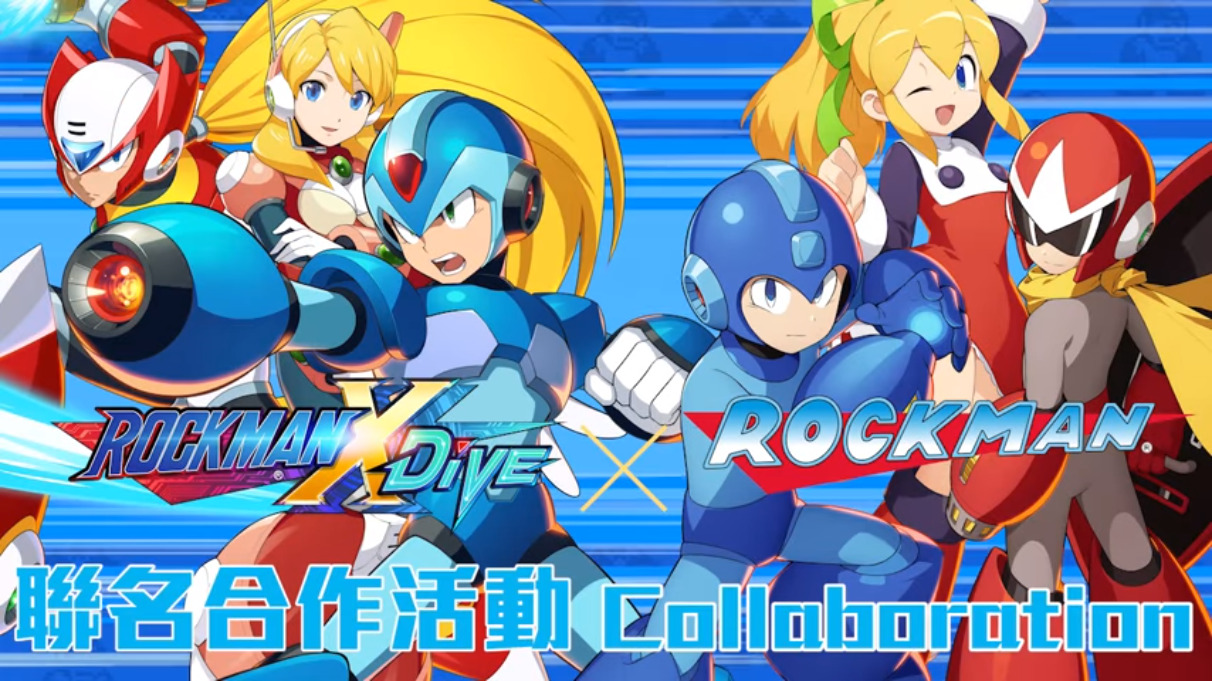 Mega Man X DiVE is getting its first major collaboration, and it is with the classic Mega Man series. Mega Man, Proto Man, and Roll will all joining the game with their own respective skills. They will join the game on May 21, 2020.

Proto Man has a slightly different Charge Shot, with it looking more like his longer and thinner Charge Shot in Mega Man 9 and Mega Man 10. It can also be charged up to four times. He can also use his Proto Shield to block all incoming attacks or tap the skill button again to charge forward with his shield.

Finally, Roll will be able to do devastating attacks with her broom by whacking enemies with it or sliding it along the floor. She also has Eddie’s help. Eddie will either provide her with a bomb to attack enemies in an AoE effect explosion or recover her health.

There are also a few cosmetic differences here when compared to the other Mega Man X characters, like how the Dash is replaced with the classic Mega Man slide move. However, for gameplay purposes, the classic characters will likely be able to wall jump, something that wasn’t possible in the original games. Additionally, this is the first time we’ll see the classic characters use weapons like swords or miniguns as regular attacks.

You can check out the trailer below:

ROCKMAN Collaboration Event will start at 5/21!
Mega Man, Proto Man and Roll will join the world of ROCKMAN X DiVE!

As an aside, this crossover was teased during April Fool’s Day, with all three characters appearing in the banner. As such, it’s likely that we’ll see Zero and Leviathan from Mega Man Zero join the game in the future as well.

Finally, Capcom Taiwan has released a survey to find out more ways to improve the gameplay experience, and you can access the survey here.

Mega Man X DiVE is available on iOS and Android devices. The game launched in Asia back in March 2020 and will launch in other countries later.