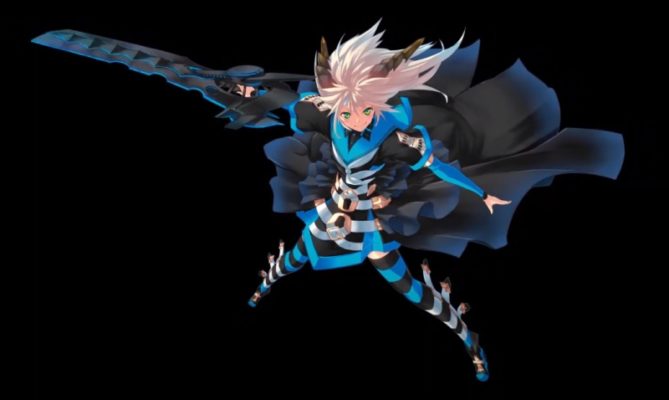 Japan’s Indie Live Expo 2020 dropped trailers old and new, and among the new is Cogen: Sword of Rewind, a new 2D-side-scrolling action-platformer game from developer Gemdrops. With the Japanese title Cogen: Otori Kohaku and the Sword of Time, the game appears reminiscent of Azure Striker Gunvolt or the Mega Man series.

The game stars a young girl named Kohaku Otori and her talking sword, Exebreaker. Kohaku has a versatile array of moves, including double-jumps, dashes, and wall-hopping. With Exebreaker, she can attack enemies and deflect projectiles, but her best trick is the ability to stop and rewind time by a few seconds (up to three seconds at least, shown in the trailer above). The time-manipulation appears to be Cogen: Sword of Rewind‘s key gimmick, but players should be able to use it to good effect, rewinding after deaths or to correct their positions for the perfect maneuver.

As for Gemdrops, the game is a new original production for the company. Original projects aside, Gemdrops is also a prolific support studio, with collaborative credits alongside numerous developers on projects like Oninaki, Lost Sphear, Dragon Quest XI, and even VR projects like Spice & Wolf VR.

Cogen: Sword of Rewind is dated for a 2020 release on the PlayStation 4, Nintendo Switch, and PC via Steam. Check out the official site here.