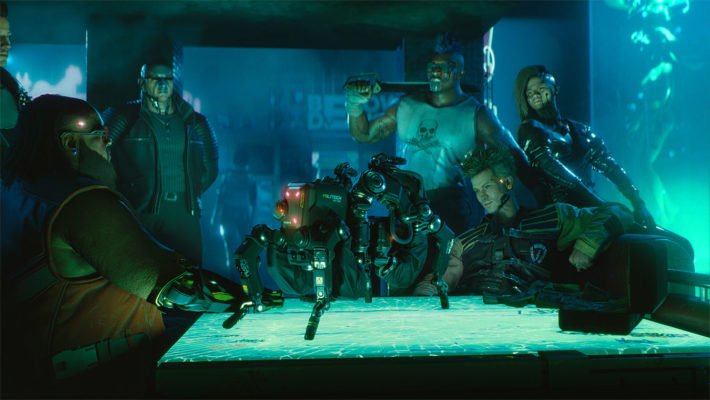 Another Cyberpunk 2077 Night City Wire presentation will air this month. On September 18, 2020, CD Projekt Red will have something to say about the game again. As we’re getting closer to the release date, there are more details about what this installment entails. Basically, we’ll learn more about the Cyberpunk 2077 gangs you’ll interact with, music you’ll hear, and city you’ll explore at 9am/12pm ET/6pm CET on September 18th on Twitch.

Here’s the official tweet from CD Projekt Red about the affair. While most of the details are already there, it’s helpful in that its brief video offers glimpses at the Cyberpunk 2077 gangs. We can see their names and get an idea of what their members will look like. Basically, we’ll have the 6th Street, Aldecaldos, Animals, Maelstrom, Mox, Tyger Claws, Valentinos, Voodoo Boys, and Wraiths factions to deal with.

Join us on Friday, September 18 at 6PM CEST, at https://t.co/y8iUIM0gBv for the 3rd episode of Night City Wire! We’ll take you on a tour around Night City, check up on its gangs, and give you a sneak peek into the creation of #Cyberpunk2077 original score. pic.twitter.com/FoplKXn7Ic

Cyberpunk 2077 will launch on November 19, 2020 on the PlayStation 4, Xbox One, and PC. PlayStation 5, Xbox Series X, and Stadia versions are also on the way. More details will come on September 18, 2020. Only its multiplayer mode will have microtransactions.