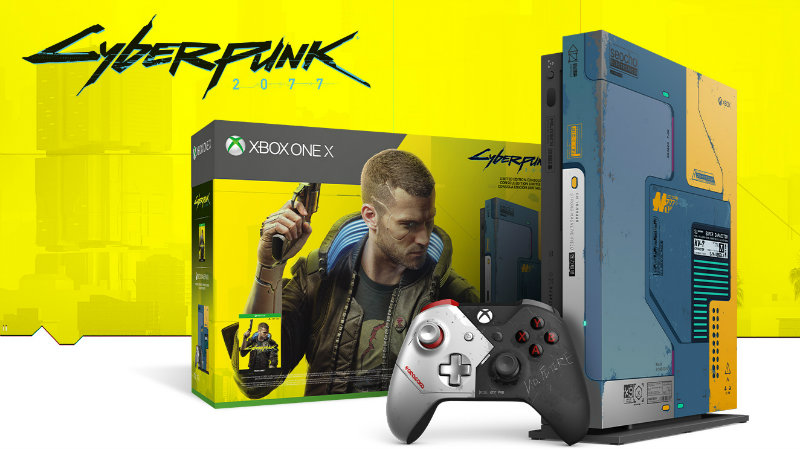 After a leak and some teasing, the Cyberpunk 2077 Xbox One X has been officially revealed. This is an exclusive version of the console that is completely themed after the game, right down to its controller. It also will include a download code for a Cyberpunk 2077 digital copy that can be used to play the game after its September 2020 release. The bundle will be released in June 2020 and, as people might expect, it will only be limited.

While people have to wait on the whole system, the Cyberpunk 2077 Xbox One controller has a page and price. People can pick it up from the Microsoft Store for $74.99. It is designed to resemble Keanu “Johnny Silverhand” Reeves. As people might expect, a 3.5mm headset jack, Bluetooth compatibility, and button mapping are all a part of its feature set.

A video has been released that goes over many of the Cyberpunk 2077 Xbox One X details. For example, it starts by looking at the glow-in-the-dark art, then moves on to things like laser etchings and LEDs. It also looks at some of the color-shifting effects present on the system. However, as mentioned by CD Projekt Red in its PR, there will still be as-yet-unrevealed secrets within this system.

Cyberpunk 2077 will come to the PlayStation 4, Xbox One, and PC on September 17, 2020. The Google Stadia version is also expected to debut in 2020. As a reminder, the Xbox One version includes a free Xbox Series X upgrade for it.