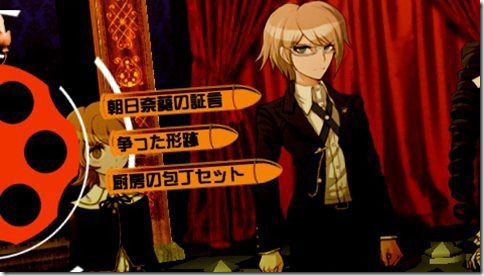 It wasn’t too long ago that Spike’s Phoenix Wright-meets-Battle Royale style adventure game, Danganronpa, released in Japan. When the bizarre school thriller hit the Japanese market in December, it sold 25,564 copies in its first week.

That number is now somewhere in the range of 85,000 copies, much to the delight of Spike CEO, Mitsutoshi Sakurai, who announced the game’s success over Twitter, saying that three months later, the game continues to sell. Sakurai says that Spike will nurture their new franchise with care.

Genre-wise, Danganronpa is hard to classify. The game is a mix of adventure, shooting and investigation elements, and has been described by Spike as “psycho” and “pop,” but also “intellectual.” Confrontations between characters in Danganronpa take place in the form of rapid-fire battles.

Back when we interviewed the game’s scenario writer, Kazutaka Kodaka, he told us: “I dreamt of blending an intellectual, problem solving part and the action part of shooting game. The reason why I thought of this is because it’s a deliciously evil combo that no one will combine. And I thought this would be a brand new experience.”

A U.S. release for Danganronpa hasn’t been announced yet.