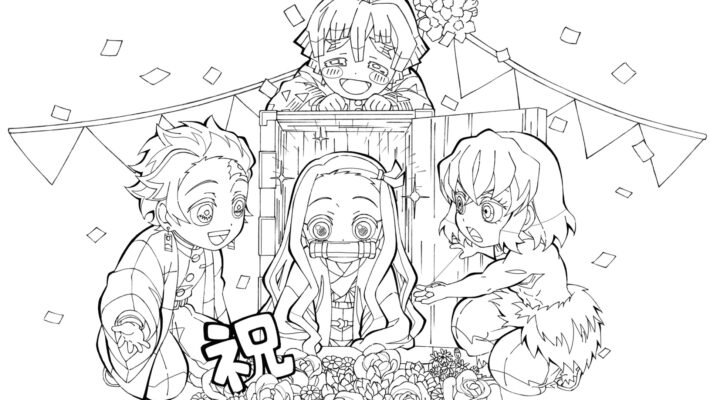 Ufotable has created and released four new coloring pages featuring chibi versions of the main characters from Demon Slayer, along with a special summer-themed schedule sheet for kids. Each coloring page shows the main characters celebrating some sort of special occasion. They can be downloaded for free on the project’s page. Additionally, Ufotable plans to update the page later with new content.

The four coloring pages center around Tanjiro, Nezuko, Zenitsu, and Inosuke. All pages feature the Japanese symbol for “celebrate” with mini versions of the four characters.

One, for example, shows Nezuko appearing out of her box along with a batch of flowers. Another shows Nezuko accidentally throwing a basket of cookies at Zenitsu. Another shows the gang making rice balls, with Inosuke using acorns and pinecones for some unknown reason. Separately, the project also includes a summer schedule sheet for kids, with several popular characters illustrated as if they were on summer break.

You can check out all of the coloring pages below. 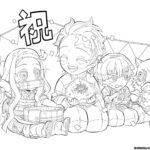 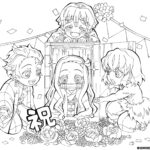 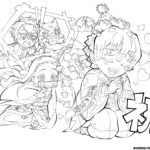 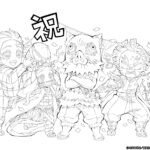 The coloring pages project was created for fans to “enjoy summer with Demon Slayer.” According to the official website, Ufotable will continue to update it with more content as the summer season continues.

In other Demon Slayer news, McDonald’s Japan recently announced that its incredibly popular collaboration will return later this year.