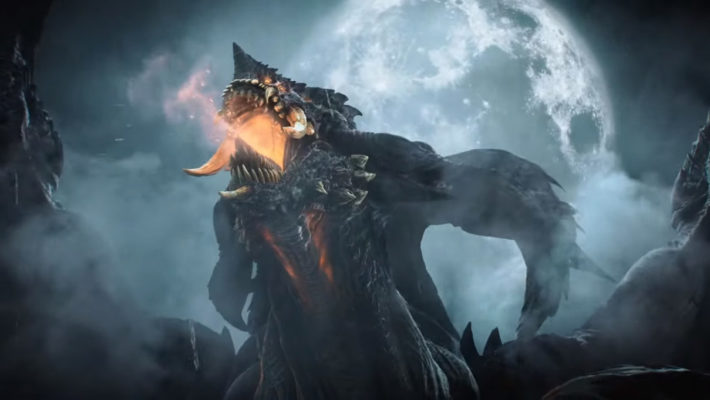 It’s been a long time coming, but during today’s “Future of Gaming” show, Sony revealed that Demon’s Souls is coming to the PS5 courtesy Bluepoint.

Check out the new trailer for what appears to be a remake of the classic action game below:

Sony’s Shuhei Yoshida made a brief appearance to reveal a game he considers very dear to himself. Unfortunately, we didn’t get any further details during the presentation other than the fact that it will be handled by Bluepoint Games. Recent remastered ports and remakes by Bluepoint include Shadow of the Colossus, Gravity Rush Remastered, and Uncharted: The Nathan Drake Collection. Stay tuned for more details.

Demon’s Souls was originally developed by FromSoftware. The game first released for the PlayStation 3 in February 2009 in Japan. It released in North America in October 2009, Europe in June 2010.  Demon’s Souls is considered to be the spiritual successor to FromSoftware’s RPG series, King’s Field which first released in 1994 for the PlayStation in Japan. It continued with a series of related games as the “Souls” series, starting with Dark Souls which released for PS3 and Xbox 360 in September 2011.

While the original Demon’s Souls released in early 2009, it kept a cult following going for a number of years until its servers eventually shut down in February 2018.

Demon’s Souls is in development for PlayStation 5. Sony didn’t share a release date for Demon’s Souls on PS5.