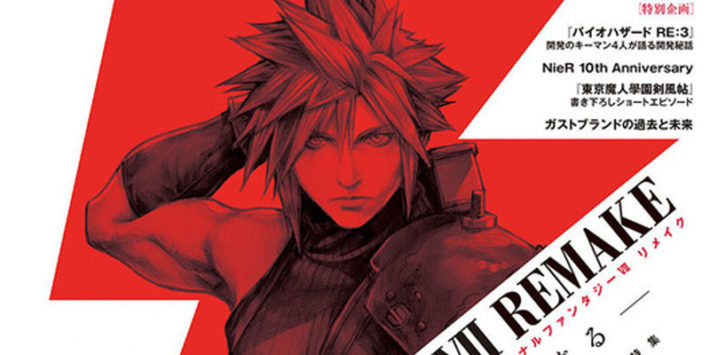 Announced in February, Dengeki will be ceasing regular publication of its magazine with volume 686. This final volume features Final Fantasy VII Remake with a special illustration of Cloud Strife drawn by none other than Tetsuya Nomura. [Thanks, Dengeki!]

In addition to this special Cloud Strife cover, volume 686 will feature interviews with Final Fantasy VII Remake Producer Yoshinori Kitase and with Director Tetsuya Nomura himself. Additional, illustrations and renders from the original release of this classic entry will be featured in this issue as well. Dengeki will also be giving away fifty posters of this special illustration to lucky readers. You can check out the image of the full cover below. 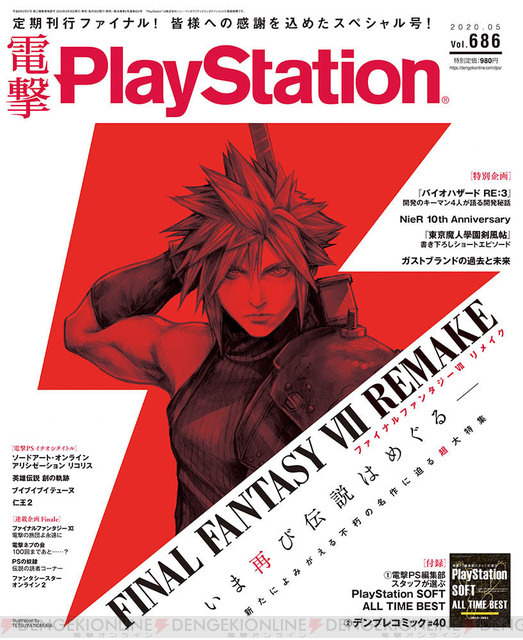 Square Enix has recently released several videos chronicling the development of this highly anticipated remake. The latest addition to this series goes into detail about the story and characters of Final Fantasy VII. Original scenario writer Kazushige Nojima is also part of the latest video, and he provides a glimpse into the process that created this iconic entry.

Final Fantasy VII Remake will release for PlayStation 4 on April 10, 2020.