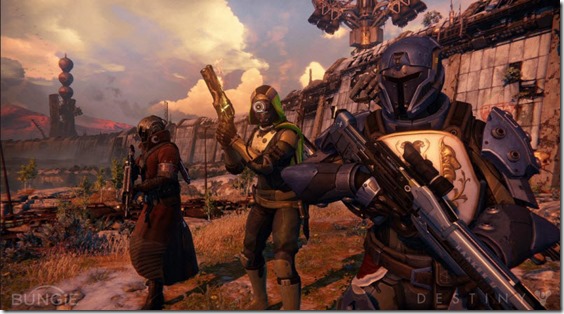 Console hardware sales in the U.S. were up 200% in September, over September 2013, the NPD Group reported this afternoon. This was due to increased sales of the PlayStation 4 and Xbox One, benefitting from the launch of Activision’s Destiny.

That having been said, software sales for September 2014 couldn’t match those of the year prior, mainly due to the launch of Grand Theft Auto V in September 2013, NPD said. So great was GTAV’s success that the top 10 best-selling games in the U.S. this September only amounted to 59% of the top-10 during September 2013, in terms of total units sold.

“It is important to note that September 2013 was the best performing September on record for new physical video game software sales, driven by the launch of Grand Theft Auto V, therefore making for difficult comparisons for this September to last,” stated NPD analyst Liam Callahan.

“The launch of Activision-published and Bungie-developed Destiny in September 2014 proved successful in a number of ways: year-to-date through September data it is the top-selling video game on a unit basis, making it the most successful launch of the year so far as well. But an even more prestigious feat was the fact that Destiny had the best launch month of all-time for any new IP in video game software.”

The top-10 best-sellers in the U.S. during the month of September were as follows:

Something interesting to note is that, while Destiny sold more on PlayStation 4 worldwide, it actually sold more on Xbox One in the U.S. That said, Sony do have an exclusive marketing arrangement with Activision, and even published the game in Japan, so it makes complete sense for sales to be higher on PS4 worldwide.

Update: Thanks to reader popo123 reminding us that the NPD Group do not count hardware bundles as part of their software sales figures. That would account for the missing PS4 sales.

Finally, NPD revealed that if you were to include the #11 game on the above list, it would have been Hyrule Warriors for the Wii U.