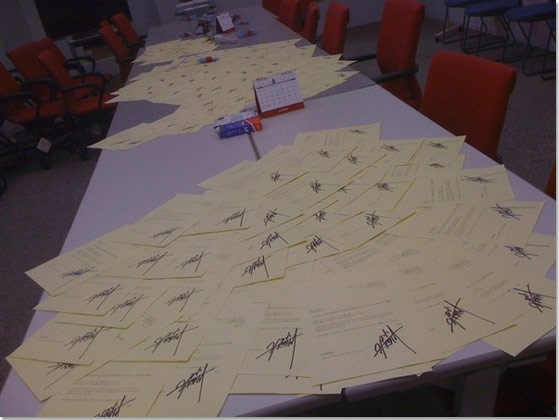 Hideo Kojima has been a busy bee on Twitter again, of late — and is doing a fantastic job of promoting Peace Walker with actual insightful information, one might add. This time, he talks about the length of the game’s actual development period.

While Peace Walker has been in development since 2008, the schedule only extended to two years on account of the team taking a vacation after wrapping up development of Metal Gear Solid 4, and other factors like finalization of the script. Kojima writes:

I want to reflect on this project’s schedule. I had PW’s plot design a couple years back but, we officially started the project August 2008. Then in September we had a project get-away. In December we got the details narrowed down for the project and the MGS4 staff came back to the studio safely after their long vacation. The story concept was solidified in March and narrowed down to a script in June. Then voice recording started the following month. In reality, the development period was only one year.

Considering Peace Walker was nearly named “Metal Gear Solid 5,” it’s impressive that it only took a year for KojiPro to wrap the game up.

In a separate tweet, Kojima also reveals why there’s a Sony Walkman in the game:

When ASIA, a dream band of the elite in the progressive rock world, was born, I was a freshman in College. In those days, I never left without my 2nd generation Walkman and listened to music all day. That same device I loved so much appears in PW. The younger generation may be confused when they see the analog walkman, but I want them to experience this as well.

Kojima’s Twitter is one of the few developer feeds that I actually keep up with on a daily basis because I’m genuinely interested in reading what he has to say about his games, and the thinking and process behind them. As depicted in the picture above, he’s presently sending “thank you” letters to members of the staff, all personally signed by him.