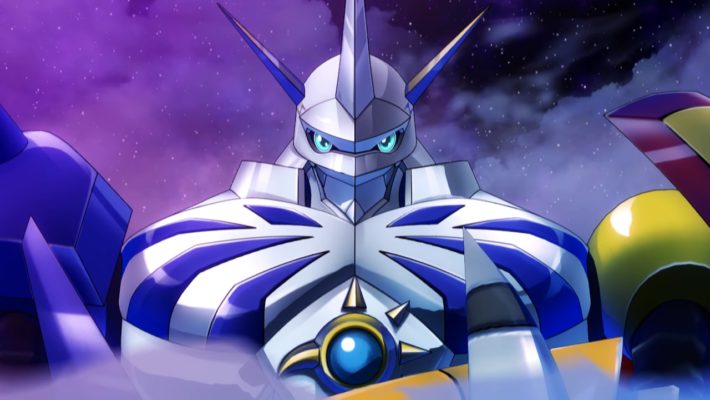 Digimon Story: Cyber Sleuth helped renew interest in the series outside of Japan. The game has given people a chance to enjoy collecting and raising Digimon on multiple platforms, most recently preserving a great series on the Nintendo Switch and PC. Now, Siliconera’s had a chance to speak with Producer Habu Kazumasa about both of these titles. He opens up about its influences, the worldwide reception, Mastemon, and Digimon Story’s future.

Siliconera: Which past Digimon games most influenced the two Digimon Story: Cyber Sleuth titles? How about which unrelated games?

Habu Kazumasa: Cyber Sleuth was a title that was developed with player feedback in mind. In order to reboot the Digimon Story series, I shaped a plan with the developer on the assumption that we never go off the basic concept of the Digimon Story series. That is why we kept the simple playstyle of a turn-based RPG with leveling, which allows everyone to play without reading instructions.

In addition to that, we did everything to guarantee the same amount of Digimon to train as the first Digimon Story game released on Nintendo DS, so that the gameplay was focused on collecting and training various Digimon. It was very tough recreating what used to be in pixels & sprites and transform them into 3D, but it came true thanks to all of the staff at Media Vision, the developer.

Also, we received feedback regarding the DS version of Digimon Story where players could not see their own Digimon during battle even though players want to see the Digimon they trained actively battle. In response to the feedback, we focused on creating attractive renderings of Digimon during a simple turn-based battle; which became possible with 3D. We had done this once for the PSP Digimon Adventure, and I thought we could leverage the know-how to create and render Digimon in Cyber Sleuth.

Also, I think the reason why renderings such as special skills and victory motions are highly admired is because of a development staff member, who is a huge Digimon fan, that put a lot of effort into studying minor Digimon and reproducing them.

The story itself is structured based on the settings created for the LCD games: Digital Monster to Digimon Adventure. We composed a storyline which questioned how people build a relationship with Digimon. They were once seen as AI programs in Cyberspace or life forms from another world who started invading the real world as a threat. I think one of the charms of Digimon is to portray a story of how values would change though encounters of humans and unseen life forms; on the premise that essentially Digimon do not exist in the human world. I would like to keep this theme as one of the main subjects for future titles. 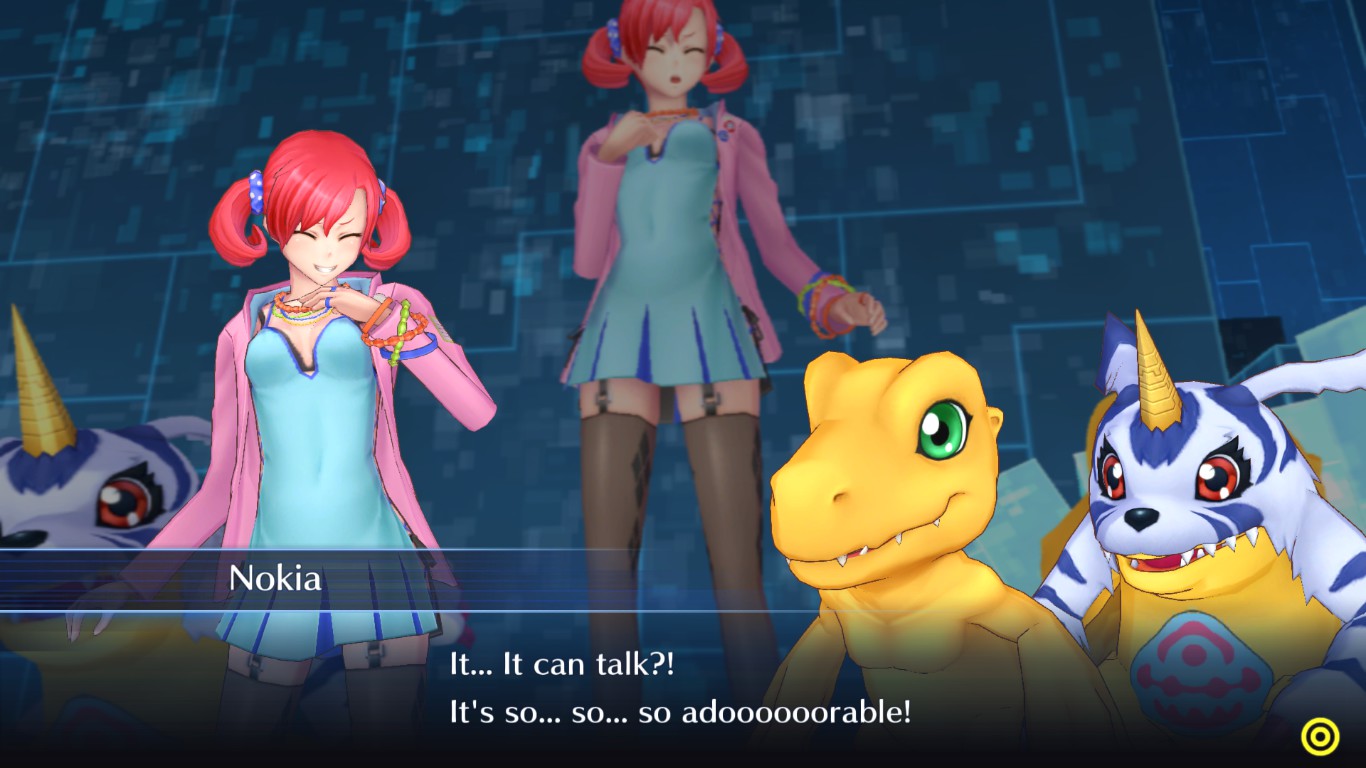 Were you surprised by the warm reception to both Digimon Story: Cyber Sleuth games outside of Japan?

Kazumasa: When Cyber Sleuth was under development, overseas distributors were not as open to the localization of Digimon. They said the target demographic skewed towards children and the Digimon anime wasn’t popular. Despite such doubts, Cyber Sleuth was finally localized (it had been a while since the last Digimon game) thanks to a petition that thousands of fans supported.

When it was launched, I wasn’t sure how many players would play the game because it’s been some time since there was a localized Digimon game. Therefore, I was very surprised by the large number of players who purchased and played this title.

We can keep creating Digimon games because of the fans around the world.

The game will continue to express the amazing world of Digimon, and the continuous support of fans will be greatly appreciated.

Do you see the Digimon Story: Cyber Sleuth storyline continuing in any form in a new installment?

Kazumasa: The story of Cyber Sleuth ends at Hacker’s Memory.

As for the Digimon Story series, we are planning to continue new development, so please look forward to that.

The world described in the game, however, is connected as a multiverse, so the characters who appeared in Cyber Sleuth, and characters I have created, might appear in another game as guest characters. 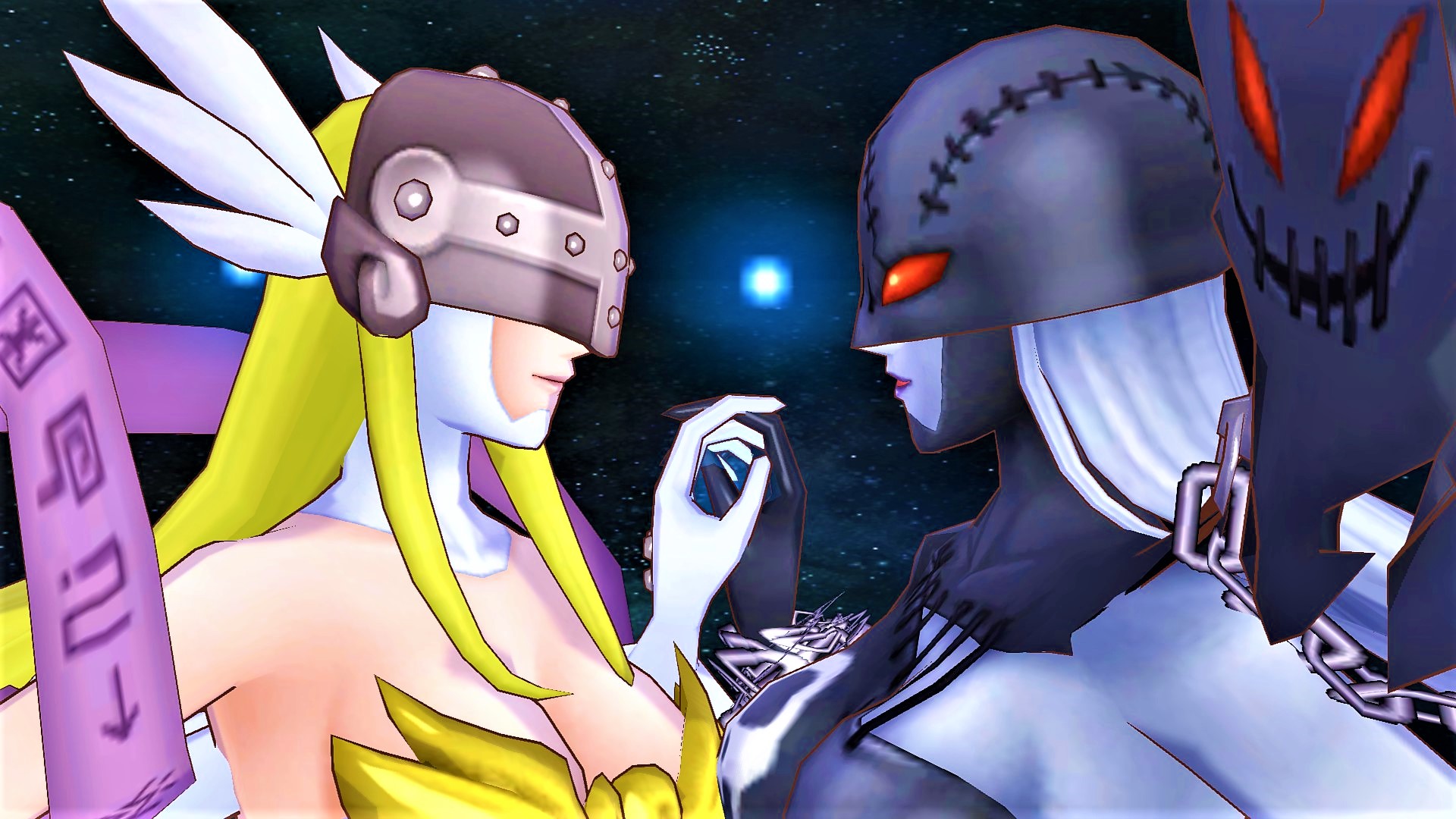 Mastemon was the new character created for Cyber Sleuth. What were the goals with this Digimon’s design?

Kazumasa: One of the main concepts behind creating the original Digimon; Mastemon for Cyber Sleuth was to use the DNA Digivolution that combines various attributes and characteristics from LadyDevimon and Angewomon. Mastemon was created in this universe, being able to utilize a tremendous force that consists of two opposing attributes from both angels and demons, surpassing even the dimensional walls.

Originally, Mastemon was planned to be introduced as Mirei Mikagura’s partner in Digimon World Re:Digitalize for the PSP. Unfortunately, due to various issues we couldn’t make this idea come true.

In order to add a deeper meaning to opposing attributes together, I requested that the design of the original Digimon follow a two-tone black & white color scheme, much like what you see in the Lucemon Chaos Mode.

The first concept art that the designers came up with was very well done, having Mastemon equipped with various large armaments such as cannons. However, I personally did not want the overall design to take on a bulky appearance or focus on a power-up art direction. So, I requested the redesign of Mastemon to strip most of all the large armaments, and instead focus on using the Digimon’s body as a weapon.