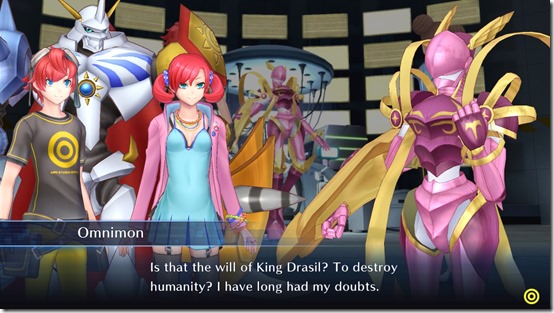 It is a good time to be a Digimon fan. Digimon ReArise has given people worldwide a free-to-play game for their mobile devices. The Digimon X3 is coming out. Both Digimon Survive and Digimon Adventure: Last Evolution Kizuna will arrive in 2020. And now, two of the best Digimon RPGs in recent memory have found new homes right after one of them was delisted from the PlayStation Store. Digimon Story Cyber Sleuth: Complete Edition has arrived on the Nintendo Switch and PC and, well, they’re both still pretty great games. Even better, now people have them the way they are meant to be played, together.

Digimon Story Cyber Sleuth: Complete Edition gives people two RPGs for essentially what the price of one was originally. The two titles within are companion pieces that complement one another. Digimon Story: Cyber Sleuth follows a hacker named Aiba, an avatar people can customize and make decisions with. They find themselves digitized after an encounter with a monstrous digital creature while exploring Kowloon, a den where hackers hang out in Cyberspace EDEN. A detective named Kyoko helps Aiba while having them help with her investigations. It’s a massive JRPG with battling and investigations where you learn more about hackers, the Eater that corrupted Aiba and other victims, Digimon and the digital world, and a Cyberspace EDEN update. It’s amazing to see how everything all comes together. 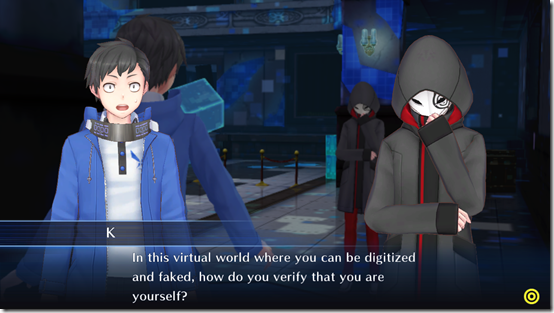 While Digimon Story: Cyber Sleuth is the main attraction and stronger of the two games, Digimon Story Cyber Sleuth: Hacker’s Memory is just as good and a fun time. It’s just that it is essentially a fan-disc. It’s a supplemental adventure that is set during the events of the previous game, with a predetermined protagonist named Keisuke. His identity was stolen and used to commit crimes, ruining his life in the process. He heads into Cyberspace EDEN to investigate leads, instead ending up getting a Digimon and joining a hacker group called Hudie. The group helps individuals, while also dealing with Digimon, Eaters, hackers, and other unfortunate situations. Since it’s happening while the other game does, pretty much everyone from there is here. I suppose you could play it on its own, but it is a companion and assumes that you are aware of Cyberspace EDEN, certain hackers and individuals, and Digimon. (Also, there was the whole ability to carry over save data so you could import things like your field guide and medals.)

What is really nice about this collection is having Digimon Story Cyber Sleuth: Complete Edition on the Nintendo Switch. In general, the Digimon Story offshoots have always been handheld, starting with Digimon Story DS. Digimon Story: Cyber Sleuth started on the PlayStation Vita, and it really fits well as the sort of handheld RPG you can take it anywhere. It’s perfect in short doses, if you want to tend to Digimon briefly and visit them on the farm, or in extended play sessions. Plus, you can save practically anywhere at any time. In short, it’s convenient. Not that the PC version also isn’t great. This is exactly the sort of DIgimon JRPG that people who prefer that platform should also have access to. Just there’s something about having a good creature-collecting game that you can enjoy so readily. 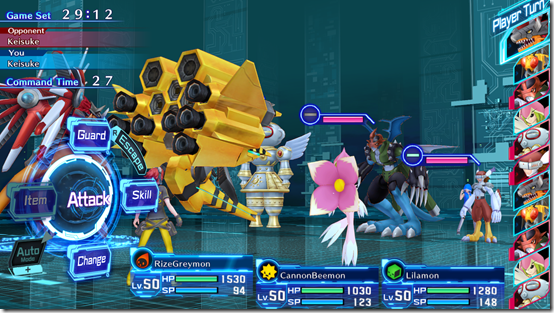 There’s also the delisting issue. Bandai Namco has removed Digimon Story Cyber Sleuth without warning before. The PlayStation 4 and PlayStation Vita digital copies aren’t available outside of Japan anymore. Worse, the PlayStation Vita version wasn’t available physically everywhere. Digimon Story Cyber Sleuth: Hacker’s Memory remains in the store, but for who knows how long? Having this Digimon Story Cyber Sleuth: Complete Edition compilation on two new platforms is a way to keep it alive and preserve access to these notable JRPGs. Especially since you can get the Nintendo Switch version digitally or physically and, in this instance, both games are on the cartridge. There’s no additional download to make sure you have the full game.

Both games in the Digimon Story Cyber Sleuth storyline are great JRPGs with creature catching and raising elements. They look amazing and colorful, whether you’re playing on a Nintendo Switch or PC. Each one is going to take you at least forty hours. Plus, distributing these games on as many platforms is great to not only increase exposure, but to give people a better chance to acquire and have it after already some known delistings.