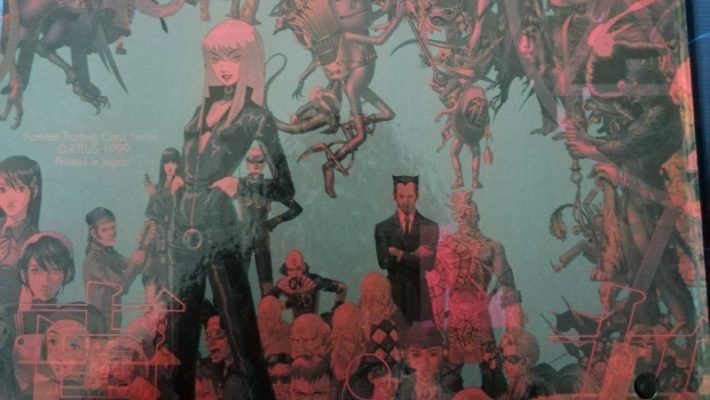 Digital Devil Story, Atlus’ flagship horror pulp trash(in a good way) novel-turned-RPG series about macabre monster raising and god-killing, has been running since the Famicom days. We refer to it more commonly over here as Shin Megami Tensei, mostly because of historically wobbly branding. Either way, Atlus had a card game for the series that ran back in the late 90s to the early 2000s, and it shouldn’t be surprising it never left Japan. But a few decades and console generations later, the “MegaTen” brand is hotter than ever in the west, and a group of impressively ambitious fans are taking it upon themselves to translate the Digital Devil Story TCG, card by card. [Thanks, weaK_willO!]

This appeared out of seemingly nowhere earlier today, via ResetEra user weaK_willO. This person not only scored a collection of cards with the dopest-looking official binders for a TCG I’ve ever seen in my life, but they unleashed their plans (and in-progress work!) to get this thing scanned and translated. You can see the work so far in the thread, which includes scans, translations for the main rules (one section of a literal game bible), and a spreadsheet of translations. weaK_willO and their fans are continuing to do the work, picking up individual cards via online actions and translating as much as possible.