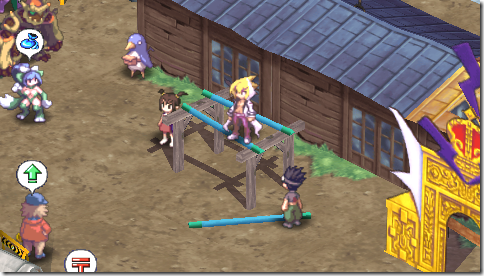 Axel mode in Disgaea 2: Dark Hero Days features a washed out hero (or I should say anti-hero) who really just wants to reclaim his old glory. Players take control of Axel and his new, loving side-kick Pink as he fights for his own space in the spotlight.

I started right away in Axel mode, which also includes bunch of new features that haven’t been seen before in Disgaea 2. There’s a skill called magichange from Disgaea 3 which lets human characters match up with monster characters. The monster characters turn into a super powerful weapon that the humans can then use for high-damaging special moves. It almost feels like cheating to be able to deal so much damage at such a lower level. 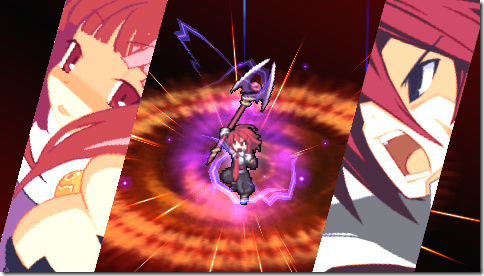 Another huge difference in Axel mode is the level of challenge. Compared to the normal story mode in Disgaea 2, Axel mode seems a bit harder even though enemies still start at level one, if you enter Axel mode through a code, instead of unlocking it through the game. The difficulty comes in the particular stages which are similar to puzzle games or brain-teasers thanks to their reliance on geosymbol mechanics. If a stage seems too hard at first, pay attention to the geosymbols and find a way to manipulate the floor using them. If it’s still too hard, like all the other Disgaea games, say hello to grinding in the item world.

Axel mode still features the wacky, self referential story Disgaea fans are used to. Hey, if it ain’t broke, don’t fix it right? I found Axel to be more amiable than the previous Disgaea male protagonist I played, Laharl. Axel is pompous and thinks highly of himself, but he also has a softer side (at least, I think so) that just wants to be a good role model to his younger siblings. There’s just something heartwarming in that. 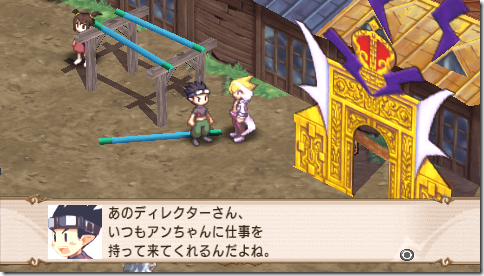 Fans of the Disgaea series will be getting just what they expect in this PSP port. It’s quick to pick up and play through a stage or two, or even a few floors of the item world. The story is silly, the damage count gets astronomical, and the challenge is always rewarding.