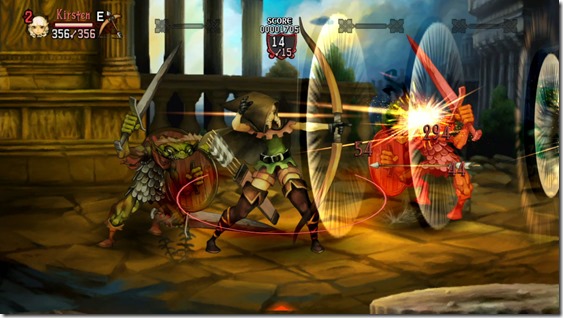 Dengeki magazine in Japan recently took the time to play about ten hours of Dragon’s Crown in Japan, and compiled a short set of notes with their thoughts on each of the game’s playable characters. On Friday, we covered their take on the Fighter, Amazon and Dwarf. Today, you can read about the Elf, Wizard and Sorceress.

The Elf is considered a jack of all trades, as she excels at long-ranged combat with her bow, can dish out close-ranged melee combos, and can even perform some magic attacks. Her mobility is also very high and she can pull off many consecutive attacks; however, her power is considered a bit more on the lower side to balance it out. 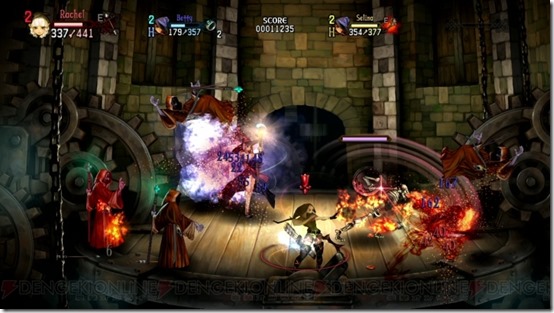 A combination of the left analog stick and the circle button is used to aim her shots between ground and air. By holding down the circle button, you’ll be able to pull off a much stronger “Charge Shot” ability. As previously reported, her arrows are limited so you won’t be able to freely shoot as you will. 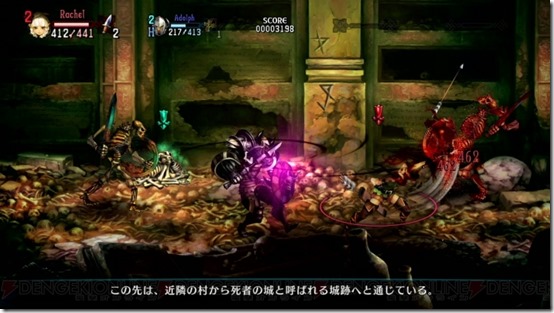 Most of her class skills consist of enhancements for her bow attacks, such as adding special effects like fire and poison attributes to arrows and multiple shots. Additionally, you can activate her “Dagger Option” skill that allows her to use daggers, along with their critical “Backstab” ability. Again, she can also use magic if you activate her “Elemental Roar” ability. 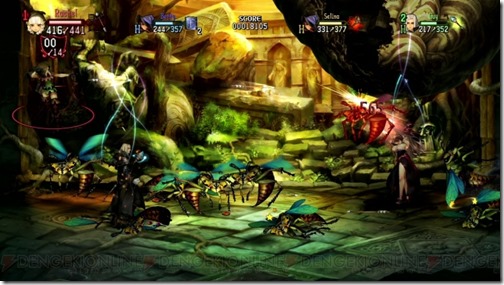 While she may be a little tough to use, Dengeki recommends the Elf for players who prefer plenty of action, which goes well with her speedy movements and long sliding maneuvers. Her bow attacks do the most damage of all her abilities, but you’ll have to use them sparingly due to their limitations, by using other styles to back it up. 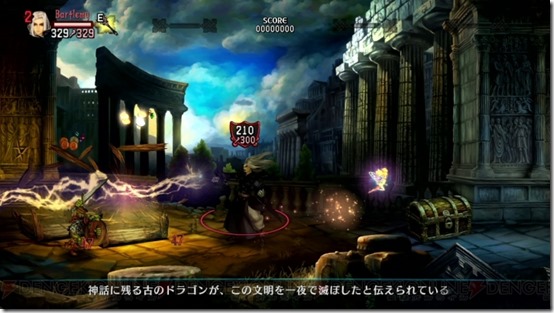 The Wizard’s magic attacks are used by pressing the circle button. They use up MP, which depletes with every spell, but you’ll be able to recharge it by holding down the square button. You’ll also be able to do weaker attacks using the staff by pressing the square button against enemies, although this isn’t recommended. By holding down the circle button for magic, you’ll be able to do a much more powerful spell that uses up a higher amount of MP.

Skills such as “Create Golem” that spawns a golem out of a wooden box, and “Slow” that slows down enemy movements, will be making the Wizard a useful party member to have in the mix. His class skills mainly consist of abilities that enhance his MP charge and skills that grant access to various elemental spells.

According to Dengeki, Wizard players will most likely have to choose between enhancing the use of basic spells or balancing it out after learning various types to have a wide range of spells in your repertoire. They also mention how easy it is to use his spells, in addition to the useful teleportation ability, which came in very handy during boss fights.

The Sorceress plays very similar to the Wizard, as they’re both characters based on magic. They have different stats, but their magic attack system and attacking methods are basically the same as one another. Their fighting style is also fairly close, so it’ll boil down to the player’s preference. 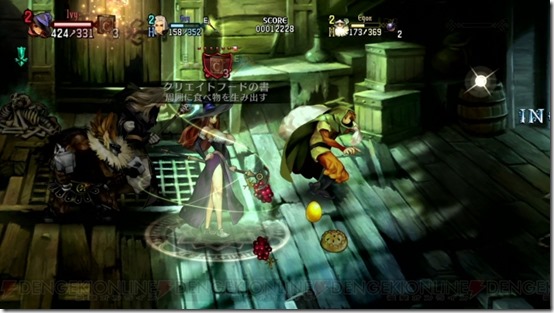 The biggest difference between the two mages is found in their set of class skills. While the Wizard focuses more on offensive spells, the Sorceress has support spells. Her “Protection” spell adds a protective layer of magic around allies, and she can also use “Curse,” which turns enemies into frogs. 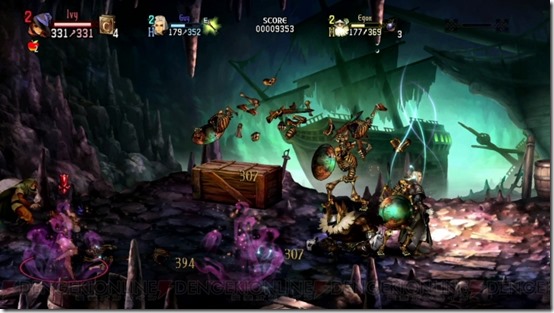 The Sorceress has plenty of offensive spells; however, they’re not as powerful as the Wizard’s for the most part. In return, she makes up for it by having additional effects to her spells such as freezing and stun. She’ll also have support spells that can be used to recover the HP of party members, making her a valuable character to have in any party. 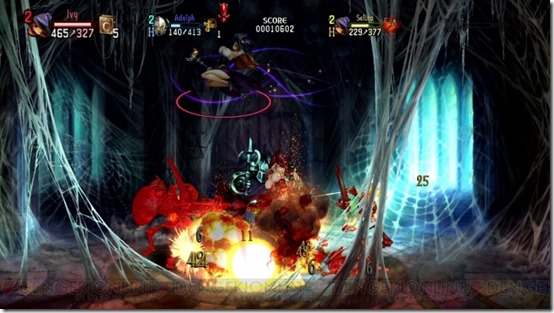 According to Dengeki, the most notable difference between Wizard and Sorceress was their evasive maneuvers. The Wizard has the ability to teleport, but the Sorceress’ “Levitation” ability allows her to gain distance from enemies while dodging attacks, and floating away at full speed. She can even attack from mid-air during levitation, giving her an edge in mobility over the Wizard.

Dragon’s Crown comes out for PlayStation 3 and PlayStation Vita on July 25 in Japan. Atlus USA will release the game in North America shortly after, on August 6. Meanwhile, NIS America will be publishing the game in Europe, but haven’t announced a date yet.