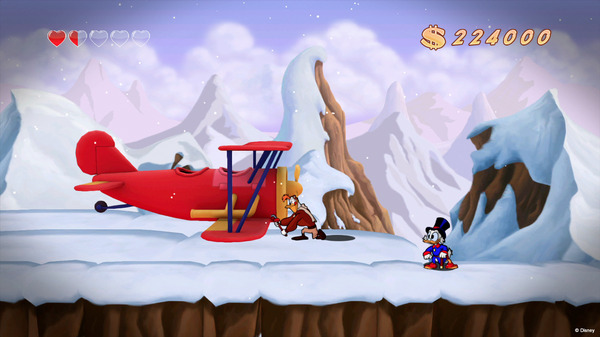 Capcom is bringing DuckTales back. The remake of the NES classic was delisted on August 8, 2019. However, you can’t keep a good duck down, as DuckTales: Remastered has appeared again on the eShop, Microsoft Store, PlayStation Store, and Steam. It is once again $14.99.

In DuckTales Remastered, players get to go through a full remake of DuckTales with hand-drawn art and the original voice actors. It preserves a classic and gives more people a chance to follow Uncle Scrooge as he attempts to find all sorts of treasures and deal with familiar adversaries. At the same time, it includes plenty of visual tune ups, improved audio, adjustments to areas, two new levels, an expanded storyline, and some quality of life changes for its controls,

While losing DuckTales Remastered the first time was quite a blow, the situation could have been worse. Physical Nintendo Wii U, PlayStation 3, and Xbox 360 copies were still available. Xbox One owners could even use it to play the game via backwards-compatibility.

DuckTales Remastered is now available for the Nintendo Wii U, PlayStation 3, Xbox 360, and PC digitally again. However, its Android and Apple iOS versions have not reappeared. The original DuckTales game can be found on both the NES and Game Boy.