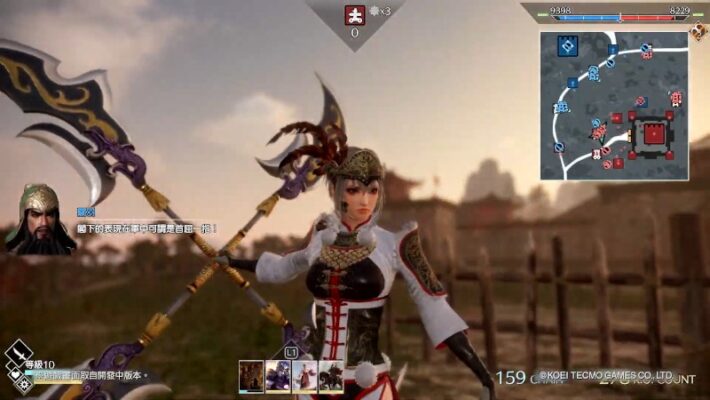 Sony and Koei Tecmo published a physical demo build of Dynasty Warriors 9: Empires at ChinaJoy 2021. The demo let visitors try out various types of battles that will be available in the game. Other than Siege battles on both offensive and defensive sides, it also featured smaller skirmishes that will appear as subquests in the full game.

This demo confirmed that several characters will have their default weapons changed based on DLC from the original Dynasty Warriors 9. Some of the examples are Lu Lingqi with the Crossed Pike and Sun Jian with the Inferno Voulge.

4Gamers News has published direct-feed footage of the demo on its YouTube channel. The video featured Cheng Pu in a siege battle between Dong Zhuo and the coalition army. It also confirmed that the player character can respawn after getting incapacitated, as long as the allied army still has enough troops remaining.

Battles will constitute a part of the overall gameplay system in Dynasty Warriors 9: Empires. The full game will also have a domestic management system, a custom character creator, and an optional Open Field mode where the player can interact with other characters and visit China’s landmarks.

Dynasty Warriors 9: Empires will be available for PlayStation 5, PlayStation 4, Xbox Series X, Xbox One, Nintendo Switch, and PC in 2021.