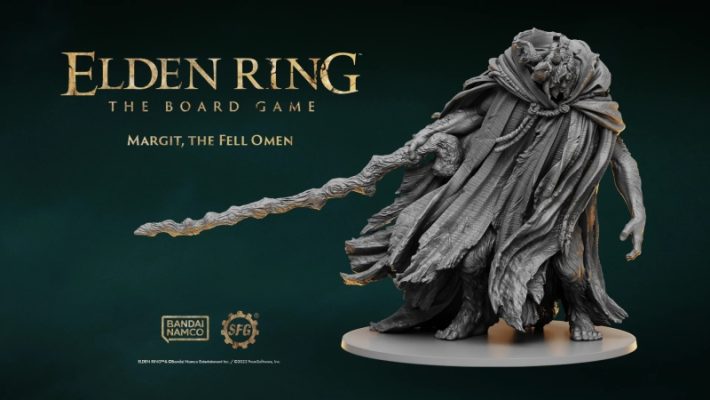 Steamforged Games aims to make Elden Ring a board game thing. The UK-based company announced that it’s working on an adaptation of From Software’s 2022 hit. It intends to fund the adaptation through a Kickstarter-based crowdfunding campaign, though the campaign hasn’t launched yet.

In a post on its blog, Steamforged said Elden Ring the Board Game will cast players as Tarnished. It’ll support both solo play and parties of up to four. They’ll experience the games challenging fights through “intelligent, dice-free combat”. They’ll also visit iconic locations in The Lands Between, and cross paths with characters and enemies from the game. These include foes like Godrick the Grafted. No information about pricing, release date, or even when the Kickstarter campaign will start.

Elden Ring the Board Game will use miniatures in play. Steamforge showed off a preview of its first design, based on Margit, The Fell Omen. Though technically an optional boss in Elden Ring, Margit guards the entrance to Stormveil Castle, and is often one of the earliest bosses players can face.

Steamforged Games has a history of crowdfunding board games, as well as adapting video games to tabletop format. It produced board games based on Resident Evil, Dark Souls, and Horizon: Zero Dawn, among others. For its Dark Souls board game, it launched additional expansions focusing on boss encounters, and new “core sets” covering the Painted World of Airamis and Tomb of Giants.

Elden Ring: The Board Game is in development. The video game is available on PS4, PS5, Xbox One, Xbox Series X|S, and PC. A two-volume art book launches in Japan in late November 2022.