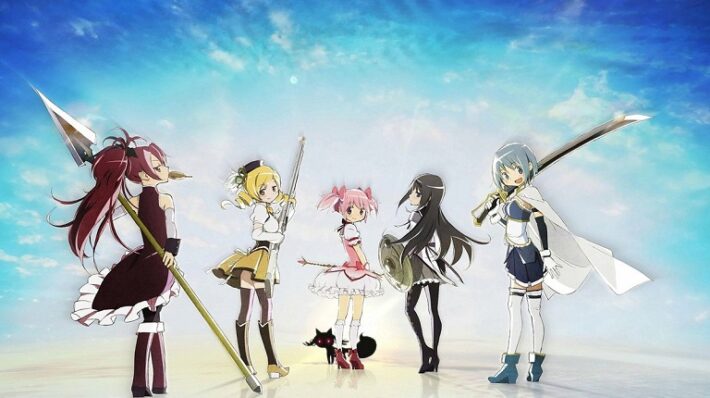 As part of the 10th anniversary of Puella Magi Madoka Magica, an exhibition has opened in Matsuya Ginza. The exhibition will remain until October 5, 2021, with tickets costing 1300 JPY. However, there are cheaper prices for students from elementary to high school. Aoi Yuki, who is the Japanese voice of Madoka, appeared at the opening ceremony alongside representatives from SHAFT and Aniplex. Aside from commemorative artwork, limited merchandise is available for purchase at the exhibition. [Thanks, Gamer!]

Takahiro Kishida, a character designer for Madoka Magica, drew a special illustration for the 10th anniversary that fans can see at the exhibition. It features the five main girls standing in an ethereal backdrop. This picture is also available as a tapestry for 6,600 JPY. Other pieces of merchandise that are available include a Charlotte bag, washi tape, fake nails, and miniature mascot dolls.

Aside from merchandise to buy, exhibit goers can also look at various pieces of art from the series. Concept art and storyboards of iconic scenes, as well as Gekidan Inu Curry’s unique background illustrations, are on display. Lastly, there is an interactive theater that uses motion graphics to tell the story of Madoka Magica.

While normal tickets for the exhibit cost 1300 JPY, there are two special kinds of tickets you can only purchase via Lawson. These special tickets come with limited merchandise and cost more than the usual price. Ticket A costs 10,000 JPY but comes with a special backpack that has a collage from the show on it. Ticket B costs 2,800 JPY and comes with a tin case, six stickers, and a card holder you can attach to your keys. 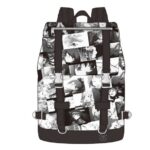 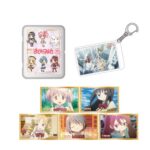