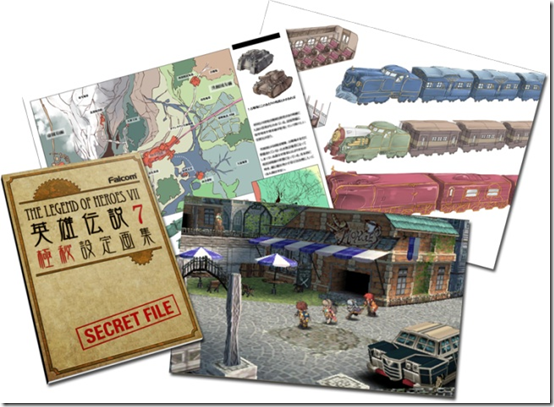 Reserve Ys Seven and you get a 32 page color picture book with a first glimpse of the project. Falcom has not announced a release date or a system for the Legend of Heroes VII.

I’m betting its on PSP. What Falcom console game hasn’t come out on the PSP? Also, it doesn’t seem logical for Falcom to pair this item with a PSP game if it wasn’t being released on the PSP. But, then again Squaresoft released a Final Fantasy X demo with the PS1 version of Final Fantasy VI in Europe so….