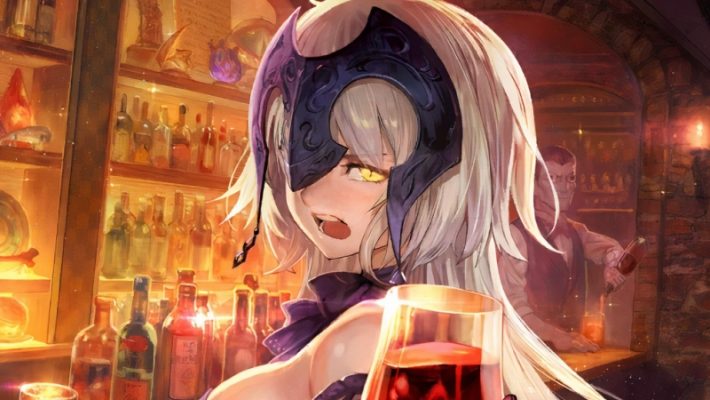 Fate/Grand Order is going all in on mystery stories it seems. March 2021’s White Day event paired players off with Sherlock Holmes’ famous antagonist James Moriarty. The just-concluded Lady Reines’s Case Files event crossed over with the mystery-solving mage series Lord El-Melloi II’s Case Files. On May 14, 2021, the Dragon Witch herself Jeanne d’Arc Alter will take the director’s chair for a Hollywood-themed caper called “A Meihousou Most Foul.”

The latest Fate/Grand Order event is best thought of as a low-intensity palate-cleanser, after the grind-heavy nature of the two previous events. This time, story is the focus, with the event having minimal combat. Narrative sections will unlock according to a daily schedule running from May 14-19, 2021.

A Meihousou Most Foul transports players to another mini-Singularity, this time uncovering the truth behind a frustrated filmmaker’s unfinished business. Fan-favorite Avenger-class Servants Jeanne d’Arc Alter and Antonio Salieri will also play a role in the proceedings.

Similar to last year’s Murder at the Kogetsukan event, A Meihousou Most Foul will also involve the Fate/Grand Order community directly. From May 16-18, 2021, an online vote will open, challenging the community to choose the outcome of the story. The final tally will be taken on the evening of May 18, 2021.

A Meihousou Most Foul also serves as an opportunity for some players to roll the gacha. Jeanne d’Arc Alter returns to the banner as a featured, limited-availability 5-Star Servant. Despite the emergence of many powerful characters and a full shifting of the meta to focus on Quick-oriented strategies, “Jalter” remains one of the strongest single-target offensive Servants in the game. She’s also fairly popular, so much so that players got their own free, Berserker-classed version of the character when she led the Summer 2020 event.

Fate/Grand Order is immediately available on iOS and Android devices. A Meihousou Most Foul runs from May 14, 2021 until May 27, 2021.