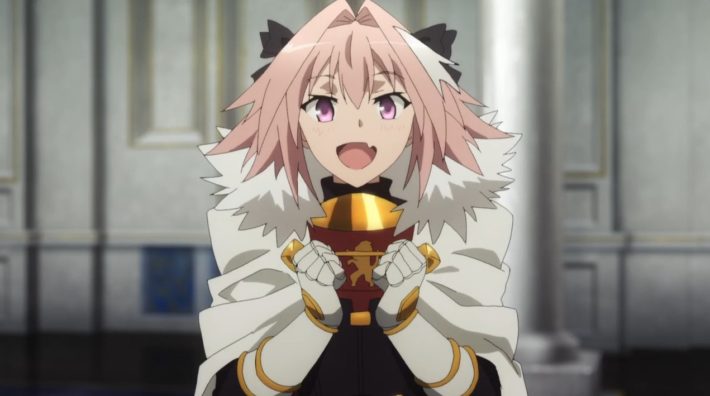 You might be tired of farming meat buns, peaches, and pills in the Fate/Grand Order Sanzang event rerun, but take heart. New things are on the horizon, and they’re shaped like Fate/Apocrypha. Aniplex has announced a pre-release promotion for the upcoming Fate/Grand Order x Fate/Apocrypha crossover event. The pre-release campaign will start on April 19, 2020 and run until May 3, 2020.

Fate/Apocrypha is one of many Fate franchise spin-offs. It was originally announced as a Fate/ online multiplayer RPG. The game was eventually canceled, as the MMO market in Japan cooled. In 2012 the concepts, characters, and basic story were salvaged by author Yuuichiro Higashide (who would later work on Fate/Grand Order and Fate/Extella Link) and made into a five-volume light novel series. Fate/Apocrypha would later receive a manga and anime series adaptation.

Fate/Apocrypha‘s story takes place in an alternate timeline of the Fate universe, one where the Mage’s Association enters a war with a rogue faction called the Yggdmillenia clan. To prosecute the conflict in secret, both sides agree to a “Great Holy Grail War”, an expanded version of the Holy Grail War seen in many Fate storylines. Each team, dubbed “Red” and “Black”, summoned seven powerful Servants ready to fight for their Master and secure ultimate power.

The pre-release campaign for the Fate/Apocrypha event is fairly simple. Players need only log in for at least seven of the eleven allotted days to receive up to seven Saint Quartz. A wrinkle is also available, doubling the Friend Points earned by players using Fate/Apocrypha Servants as support characters. Beyond that, the premium summoning gacha will run a daily promotion improving drop rates for various Fate/Apocrypha Servants, including Jeanne d’Arc (Ruler), Jack the Ripper, Vlad III (Berserker), Amakusa Shirou, Semiramis, Karna, and Mordred Pendragon (Saber).

Fate/Grand Order is available on Apple iOS and Android devices. The Fate/Apocrypha pre-release campaign starts on April 19, 2020 and runs until May 3, 2020.