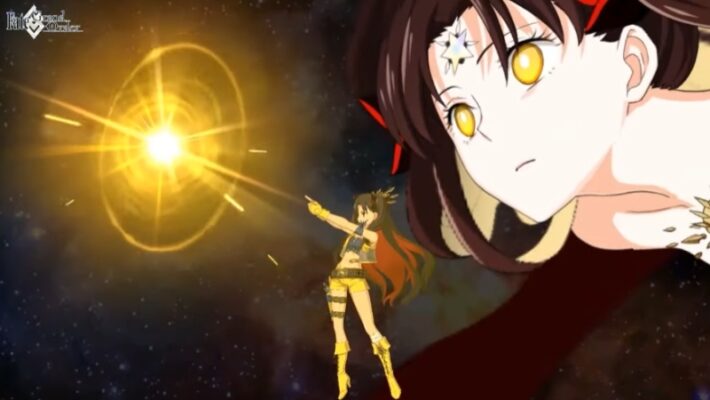 Aniplex of America confirmed the exact start date for Saber Wars 2, the next Fate/Grand Order limited-time event. The Masters of Chaldea will launch into space on October 18, 2021.

Aniplex also launched a preview of the event via the official site. An animated trailer produced by A-1 Pictures is also available.

Saber Wars 2 takes place in the “Servant Universe,” a parodic alternate dimension where all the inhabitants are Servants from Fate/Grand Order. The Saber Wars 2 preview included concrete looks at Space Ishtar and Calamity Jane, two new playable Servants being added to the roster. Space Ishtar is the space-based incarnation of the Mesopotamian goddess of love and war. She travels through the Servant Universe as an Avenger-class bounty hunter. She’s partnered with Calamity Jane, a famed figure of the American west and 4-Star Archer-class Servant.

To participate in Saber Wars 2, Fate/Grand Order players need to have fished the “Part 1” main story campaign, culminating in the “Final Singularity: Solomon” chapter. Clearing event quests will reward players with “Altrium”, a new element exclusive to the Servant Universe. Altrium can then be spent to power the journey to the next planet, unlocking new quests. Objective-based “Missions” can also be cleared by playing, unlocking rewards.

Certain Servants will also gain bonuses to their damage and bond points when deployed on event quests during Saber Wars 2. Chief among them are Space Ishtar and Calamity Jane. Characters like Mysterious Heroine X, Altera, Sigurd, Jaguar Warrior, and Lancelot also gain bonuses. Players can win rewards like Command Codes, Ascension materials and other goodies through the event store, too. Other notable rewards include a new Mystic Code, the “Captain Chaldea” space suit, and the “Mysterious Heroine Z” costume for Mysterious Heroine X.