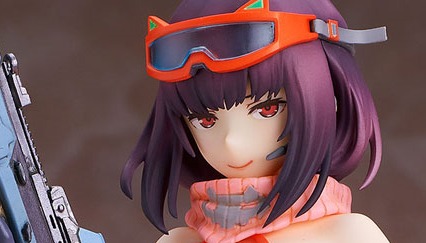 Our Treasure will release a new entry in their Assemble Heroines collection: a figure of summer Osakabehime from Fate/Grand Order. It is a mix between a normal scale figure and a garage kit. While you won’t need to paint any of the parts, you will need to put her together. The Fate/Grand Order Osakabehime figure will be 7,920 JPY (roughly $72 ), though you can also directly buy the finished product for 14,960 JPY (roughly $137). It will be available for purchase in January 2022. [Thanks, Hobby Watch!]

As mentioned prior, the Fate/Grand Order Osakabehime figure will require you to get a little handy. Unlike a garage kit, you will not need to paint anything. You can simply snap the parts together. According to the Our Treasure website, glue is not imperative. In addition, there is a ball joint part in the neck, so you can move and pose Osakabehime’s head.

You can view more pictures of Osakabehime here: 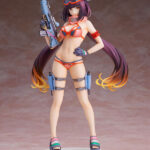 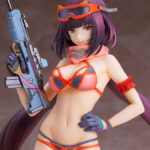 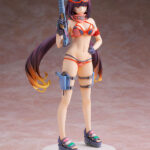 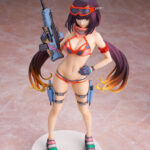 For those who would like the figure without any arts and crafts involved, you can purchase the assembled product from websites such as AmiAmi. The Osakabehime figure from Our Treasure uses her second ascension. The swimsuit Archer version of Osakabehime appeared for a limited time during the All In! Las Vegas Championship Match ~Seven Duels of Swordbeauties~ event. The global server is currently running this event, and completing the main story will net Masters a free Saber version of Katsushika Hokusai.

Our Treasure’s Fate/Grand Order Osakabehime figure (which requires assembly) will appear for purchase in January 2022. Consumers also have the option of buying the figure fully assembled.