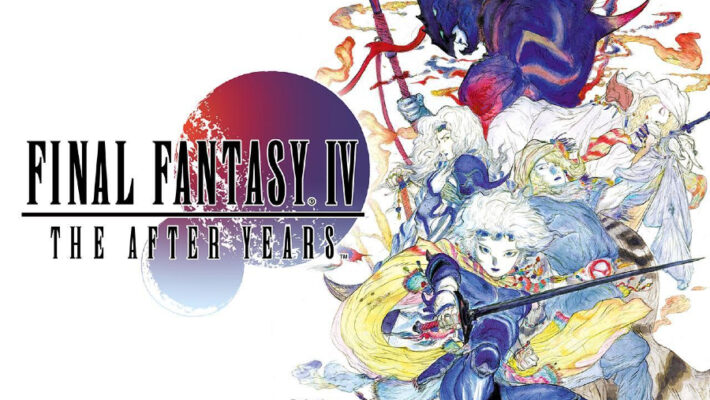 Final Fantasy IV game designer and scenario writer Takashi Tokita wants to create a pixel remaster or 3D remake of FFIV The After Years. In an interview with Famitsu, Tokita discussed his work on various past remakes of FFIV and the most recent Final Fantasy IV Pixel Remaster. Additionally, Tokita expressed interest in an FFIV remake on par with the FFVII Remake. [Thanks, RPG Site!]

Tokita has a long history with Square Enix. Originally, he worked as a part-time dot artist on the first few Final Fantasy titles. In addition to his art, Tokita also helped conceptualize ideas within the games and later became an official employee. He then went on to work on Final Fantasy IV in a “director-esque” capacity. He also worked on the later PlayStation, Game Boy Advance, and Nintendo DS 3D remake versions of the game.

While these previous remakes included FFIV: The After Years, the sequel was noticeably absent from the recent Pixel Remaster. Tokita — who served as producer and lead designer on The After Years — commented on the sequel’s absence with interest in doing a full remake of the title in the future.

I would like to do [a modern re-release] at some point. Maybe even a full remake with 3D graphics and voices, like the Nintendo DS version. I would also be okay with a pixel remaster. To be honest, not that many people played Final Fantasy IV: The After Years but I do want to prepare an environment for people to play it on modern platforms.

A remake of The After Years isn’t the only thing the Square Enix veteran is interested in, either. In a message to fans, Tokita gave a few examples of other FFIV media he’d like to see in the future. This included a Netflix drama series, as well as an FFIV remake of the same quality as the Final Fantasy VII Remake.